Where has the Compassion and Empathy Gone with Mississippi Mills’ Mayor, Council and Senior Staff?

It is sad to see that Mississippi Mills has become a community where its elected officials and senior staff have seemingly lost their sense of humanity for the people who not only have elected them and pay their salaries, but who also live them in the community.  In the 48 years that I lived in the former Town and now Ward of Almonte, we never had this kind of disconnect between the Town Hall and residents.

A resident has suffered a catastrophic medical incident that has left him almost completely paralyzed. A group of friends constructed a ramp to allow him easy access to and from his house.  It seems that the ramp was built using “rough” lumber and it lacked handrails that conformed to the Building Code. Rather than allow the existing ramp to stay and give some time to allow a replacement to be built, the Municipality forced the family to remove the ramp. Now entering and exiting the house requires lifting and carrying the man and his wheelchair up and down stairs.  Obviously his wife cannot do this alone, so the couple must remain inside until help from family and friends can be arranged.  Thankfully the wonderful residents of Mississippi Mills care and family, friends, trades people and business are getting involved to help this family, despite the best efforts of those in power to make sure a simple ramp becomes an administrative nightmare.

Another couple believed that the two houses that have been in the family for years were on separate lots. When they sold one of the houses it was discovered that in fact both houses are on the same lot and a severance had to be obtained. Over the past year, the couple has spent thousands of dollars to comply with planning requirements only to be told now that the Municipality will not grant the severance because back taxes are owed. The house is sold and the sale is only waiting on the severance to be granted. The Municipality has been guaranteed by a lawyer that all taxes will be paid once the sell closes but they refuse to grant the severance because of “policy”.  They won’t even accept the word of a lawyer and allow an exception to “policy”.  The Municipality is willing to incur legal fees to register liens and is prepared to ultimately sell the house for tax arrears and leave this couple homeless.

And the Mayor, Councillors and senior staff are showing complete disrespect for the disabled residents of Mississippi Mills.  The Accessibility for Ontarians with Disabilities Act (AODA) at Section 80.19 (1) states that the Municipality “must consult with the public and persons with disabilities” when “constructing new or redeveloping existing outdoor play spaces”. None of the current park projects, including Gemmill Park, have included consultation with people, especially disabled children and their caregivers.  If these projects continue as planned, they will not be accessible to everybody.  I have tried many times to get the Municipality into compliance with the AODA, which is law, and they continually refuse to do what is legally required of them.

Since when is it acceptable to ignore and take advantage of people in unfortunate situations?

Tell Mayor McLaughlin and Councillors that you won’t accept this outrageous conduct.

Thanks to Jason Lee and Public Works for quick plumbing fix 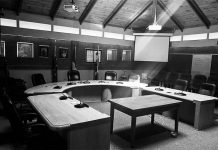 All about trees, February 24