The day after Christmas the thermometer took the deep plunge, reaching well below freezing. Since it was a holiday, though bitterly cold, townspeople remained indoors, and the streets were left deserted, except for one moving figure. This, a man, walked stiffly, swaddled in a big winter parka with the hood zipped tight, so that scant vestiges only of his features were exposed to the bitter frost. Even so moisture in his exhaled breath had frozen instantly to form a circlet of icicles on the wolverine fur outlining his parka’s hood.

He was half-way across the back bridge when his eyes caught a swatch of movement below. On the ice. A little guy all alone down there on the ice that someone had shovelled clean was testing new skates, sticky, puck. He wore a Maple Leafs sweater, a helmet hiding a woollen toque, horsehide mitts on his hands with a pair of woollen mitts his grandma had knitted inside. 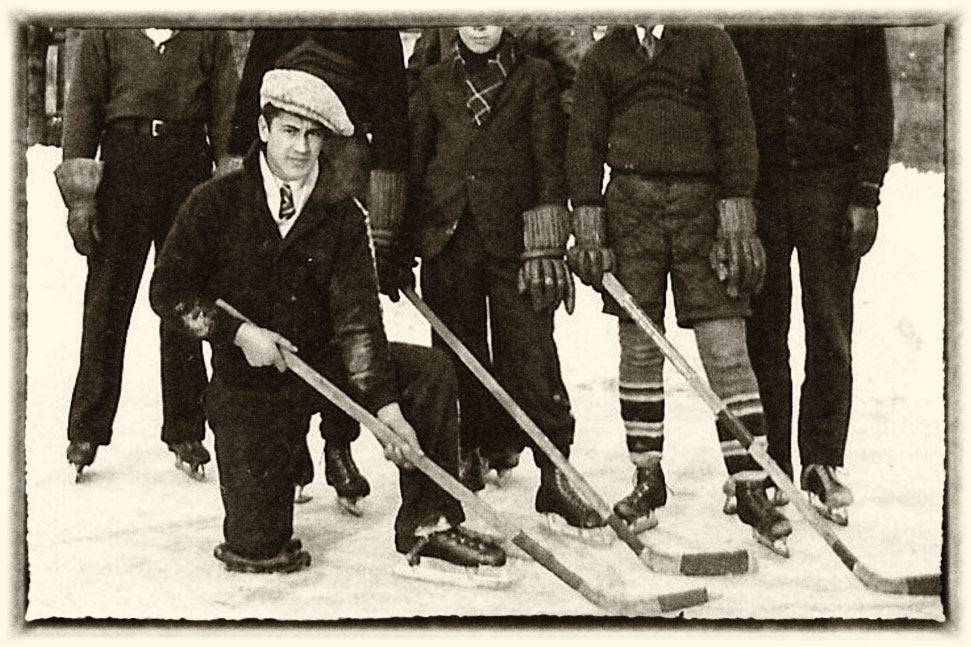 The man in the parka stopped to watch, leaning over the railing, even though it meant facing a stiff wind assaulting him from the west. “I know this is crazy,” he said silently. “When you’re walking on a day like this, the body builds up a pile of heat energy under the parka, and it’s dangerous to stop and let the system chill out here, but, that little guy compels me.”

Isn’t it dangerous down there, little guy, all alone? What if you break through the ice?

No danger there at all. Not a bit. The whole North Branch of the river never goes over eleven inches in depth, ‘cept in spring run-off, of course. And this ain’t spring!

Someone in the neighbourhood must have started the rink on Christmas Day, shovelling snow to the sides, and then working over the rink with a broom, ‘cause it’s slick as glass.

Doesn’t matter. It’s a neighbourhood thing. People working together, like the three musketeers, one for all and all for one. The little guy down there, he’d be seven now.

Let’s see: he’s thinkin’. Thinkin’ this is Maple Leaf Gardens. Probably lives in the house beside the river. His mother’ s likely laced up this skates for him in the kitchen, wrapped tape on the stick, got the toque on his head and put the helmet over it, and opened the door to let him out on his own. Just like Gretzky stepping out on the ice at the Gardens.

Seven years old. Of course he’s seven: don’t ask how I’d know: you can tell. An’ look, he’s alone. Skates new, stick has tape on the blade only, puck’s got neither nick nor scar. That Maple Leaf sweater he’s got over his jacket, see how it bends over at the equator. That’s ‘cause it’s shiny new. Right now it fits him easy, an’ he’s got plenty of room for future expansion. White background, blue facings. Leafs home games. Well, you know, of course.

Those skates are skiddin’. They’re tryin’ to push him in opposite directions. Ankles keep turnin’ in, knees knockin’ one again’ t’other, but he keeps chasin’ that puck, two, three, glides an’ a little body English on the turns. He catches up, smacks the puck again. A real hustler.

Another smack. Lookit, the puck’s skitterin’ to the end of the rink where the snow’s piled up near the shoreline. He turns, smacks it one hard wallop, and chases it down the starboard rail, away from the beaver lodge, defying geometry that says two parallel lines meet only at infinity.

Hey! Nice goin’! From the end of the rink the tyke makes the turn and he’s drivin’ hard. Look at that drive! You gotta admire his pluck! He’ll gain style later on. Right now, see, both feet are splayed out, and oops! There he goes, sprawled out all over the embankment. It ain’t pretty, Tiger, but style, it’ll come.

Look at him, he’s chasin’ the panting puck. Turns round it, body English helps, reminds one of Bobby Hull leanin’ into the curve at the end wall of the Gardens. Tiger’s blade whacks the puck and drives it!

He’s got the wraps off. No holding back. He’s down the stretch. The duel between puck and puck-chaser mounts. Eighteen thousand fans in the Gardens grab hold of their seats. “Tiger” dekes round the jagged scars in the ice, lands one solid smack on the puck. He scores!

And tumbles into the embankment, sprawling again because he hasn’t learned how to stop.

Two arms of the parka jump up from the bridge railing in salute high overhead!

The Tiger’s back on his skates too, throwing both arms sky-high as seventeen thousand, nine hundred and ninety-nine fans roar their delight. Leafs 1, Visitors 0.

Seventy years ago ice had formed in the North Branch before Christmas too. Overnight. From one side of the river to the other, and men in the neighbourhood had shovelled off a rink and swept it, and what’s more, they kept a rink right into wartime.

An entire gang learned to skate and deke and stick-handle there before they went up to the big leagues in the game of war, and they played on the ground, in the thin air overhead, and in the oceans of the world. Even in the wrath of war, the great game sustained many.

Now that the Tiger’s found the range he can’t stop: the wild fury of the game’s got him! He’s only seven, and the way time passes I’m a twin seven, but I’ll tell you, the way the Tiger’s goin’, he’s a sure bet for Player of the Year.

Two arms lift from the railing of the bridge, and the parka-clad figure head towards the barn. Years erase names, but faces sure remain. Back then, three score and ten before. he too had been Player of the Year on the ice below the bridge. In the greatest game on earth. 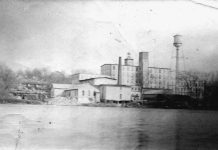 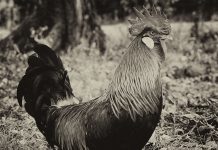 A Present for Mommy: a John Dunn story