Currie, Muriel Edith Passed away peacefully with family by...

by Brent Eades Cheryl King glanced around the...

Are fish at risk in Lanark County? 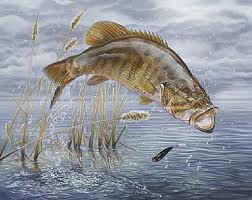 In the media you’ll find news about endangered fish stocks in so many places – oceans, lakes, rivers—in every part of the world.  What about the current status of fish in Lanark County?  In trying to answer this question, I was lucky to find a number of excellent reports published between 2008 and 2012 from the following sources:  the Community Stewardship Council of Lanark County (CSCLC), the Ontario Ministry of Natural Resources (OMNR), and the Ontario Centre for Climate Impacts and Adaptation Resources  (OCCIAR).

Whether you’re strolling down one of the many roads that criss-cross this county, or paddling along one of the waterways, you may think that Lanark County has emerged relatively unscathed by the many environmental problems besetting our world – but you would be wrong.  Our county is considered at medium risk for habitat degradation, mainly as a result of loss of habitat, unsustainable use, pollution, climate change, and competition from non-native species.

Let’s consider how this affects fish.  There they are, hidden away beneath the water’s surface, for the most part invisible and inaudible.  What’s happening to them, and why?

Although we don’t find many fish in wetlands, these areas are of critical importance.  They provide food and shelter for smaller fish, purify groundwater before it flows into the waterways, modify climate swings, and help to prevent the build-up of sediment in the water caused by erosion and floods.  The water quality of our lakes and rivers depends greatly on their presence.  Yet they’re under threat from development.

The introduction of non-native invasive species to our waterways is another problem.  Most of us are aware of how purple loosestrife has been crowding out native plants and drying out wetlands, but there are many others.  European frogbit (now found in the Rideau watershed), looks like a small water lily. It grows very densely and prevents sunlight from reaching the water, choking out any aquatic life beneath it. Eurasian water milfoil, an herbaceous perennial plant with a trailing growth habit, has narrow stems three to ten feet long, and sometimes much longer, that grow to the water surface. It is a highly aggressive plant that can form dense mats which congest waterways, crowd out native aquatic plants, and degrade the habitat of native fish and other animals. And let’s not forget invasive animals, such as the zebra mussel, spiny water flea, and the rusty crayfish.

Shorelines are also vital to the survival of fish.  Removing natural vegetation down to the shoreline, as some waterfront property owners have done, destroys fish and wildlife habitat.  Replacing existing plants with non-native species alters the ecology of the shoreline, which also affects fish habitat.  Another threat to fish is the altering of watercourses by building dams, straightening or channelling rivers, and diverting water for agriculture, industry, or household uses. Yet another problem for the health of our waterways is contamination by agricultural nutrients, cattle watering, faulty septic systems and pesticides.

A final concern is how the fish will survive the increase in water temperature and changes in water flow as a result of climate change.  According to Dr. John Casselman, of Queen’s University:

In the Mississippi watershed (at Appleton), fall and winter discharge has increased dramatically, and models of mean daily streamflows suggest that fall and winter flow could increase by 70% into the future, spring flows could become lower (33%) and peak earlier (6 -7 weeks), and summer flows could be lower (44%) and last longer (28%).

With increases to water temperature of a couple of degrees, the recruitment of cool-water fish drops dramatically (curvilinear relationship). If the temperature is warm, the survival of cold-water fry survival is zero. Warmer temperatures result in rapid development and consumption of the yolk sack. Subsequently, the fry hatch too early and die. Spawning for cold-water fish is controlled by photoperiod and not temperature.

Data from Carleton Place shows a significant increase in water temperature. With increasing water temperatures, cold-water fish decline in number and warm-water fish become more abundant. Some of the cold-water species have disappeared from lakes in Mississippi watershed even though they have never been fished either recreationally or commercially. Over the last two decades, a 60% increase (3.4% per year) in warm-water fish and a similar decrease in cold-water species has occurred. …Within the next 100 years, if the water temperature in the Mississippi Watershed increases 4°C, it could see a 24-fold increase in Small Mouth and Rock Bass….There is a well-documented positive relationship between recruitment and spring discharge for some river-spawning walleye populations. If peak discharge in the Mississippi River decreases, Walleye recruitment could decrease by 24% by the 2070’s.

In summary, the new challenge will be to manage changing water and fish resources and fisheries in a changing and more variable environment…. We should publicize that fish are very sensitive indicators of climate change and that fish are responding and communities are changing; some fish are adapting, but displacement will be most common. Unprecedented change is underway. (taken from OCCIAR Adaptation Planning in Eastern Ontario Final Report, March 2012)

Despite all the aforementioned challenges, several species of fish have still managed to survive in the lakes, rivers and streams of Lanark County.  At present, those most commonly found are northern pike, yellow perch, walleye (pickerel), large- and small-mouth bass, and panfish.

There you have it – an explanation of why Lanark County’s natural environment is considered at medium risk, specifically with respect to the fish in our waterways.  Some safeguards are already in place to protect our waterways and watersheds. Municipalities are responsible for specifying appropriate setbacks from shorelines for dwellings, septic tanks, roads and boathouses.  Legislation also directs municipalities to protect Provincially Significant Wetlands, but wetlands that haven’t yet been identified are still susceptible to pressure from development.

At the local level, on June 27 of this year, Lanark County council approved a Sustainable Communities Official Plan, which affirms that “protecting our natural and environmental resources, as well as the distinct character of our towns, villages, hamlets and waterfront communities and the rural countryside, will contribute to the long-term goal of developing sustainable communities.”  Let’s hope that our politicians will do their utmost to abide by this statement. Another local initiative is a recently completed two-year project undertaken by the Rideau Valley Conservation Foundation and the Rideau Valley Conservation Authority with the help of more than 600 volunteers, which has resulted in more than 19,000 native trees and shrubs being planted along seven kilometres of degraded shorelines of Ottawa creeks and streams. What a great example for us to follow!

Here is one personal anecdote about fishing from Phil Warland, a Pakenham resident who has lived in the area for many years.

Although specifically I have exclusively fished in Leeds county for the past 40 years it is in the Tay watershed and flows into Pike lake which is entirely in Lanark county.  About 35 to 40 years ago fish were in abundance, good sizes and clean, you could easily catch your limit. Then 10 to 30 years ago fishing was awful, the fish you could catch had welts and other growths on them. Over the past 5 years fishing has come back and in spades, lots of clean bass and last year I caught a bullhead.

Bullhead (some call them catfish) I remember growing up. We always seemed to have one or two bullhead with their young in our bay, then they disappeared. Although we still don’t have any in our bay, catching one for the first time in over 30 years was something I was able to share with friends and family. It was 15 inches long and was over 5 pounds. I threw it back.

This past weekend I caught a 20-inch Northern Pike, nice and clean, with no marks, I threw it back. The week before I caught a 4.5-pound Bass 16 inches long and it made a nice seafood chowder.

Phil’s account raises some interesting questions.  Why was there a decline in fish health and numbers for 20 years?  Why has there been an improvement in recent years?  Perhaps the temperature increases have led to greater populations of warm-water fish such as bass and pike?  Perhaps measures to improve water quality have resulted in healthier fish?

Fish can only swim so far to avoid the above-mentioned impacts on their survival.  They depend on us to protect their habitat.  Like the canary in the coalmine, they are also indicators of the health of our own environment. Although humans are supposed to be more intelligent than these water-dwelling creatures, we don’t seem to have gotten the message that the quality of our water, soil and air is priceless compared with the money to be gained by selling off and polluting our natural resources in the name of economic benefits.  Let’s keep that in mind as we make decisions about how we live, and let’s show strong support for government and volunteer initiatives to study and protect our natural environment.

Newcomers from Ukraine settle into life in Almonte

Getting up close to nature

What Is That … April Flower?

Gluten-free diet is the key to controlling celiac disease

Wine tasting at the cottage – Part 2