It goes without saying that there isn’t one cookie cutter pattern that defines what constitutes a family nor can it be categorically stated that any one model produces a better result than another … we may in fact find our primary influences from without rather than within the family bloodline. A long-standing question continues to be debated by the behavioural psychologists as to what degree nature influences human development versus that of nurturing. 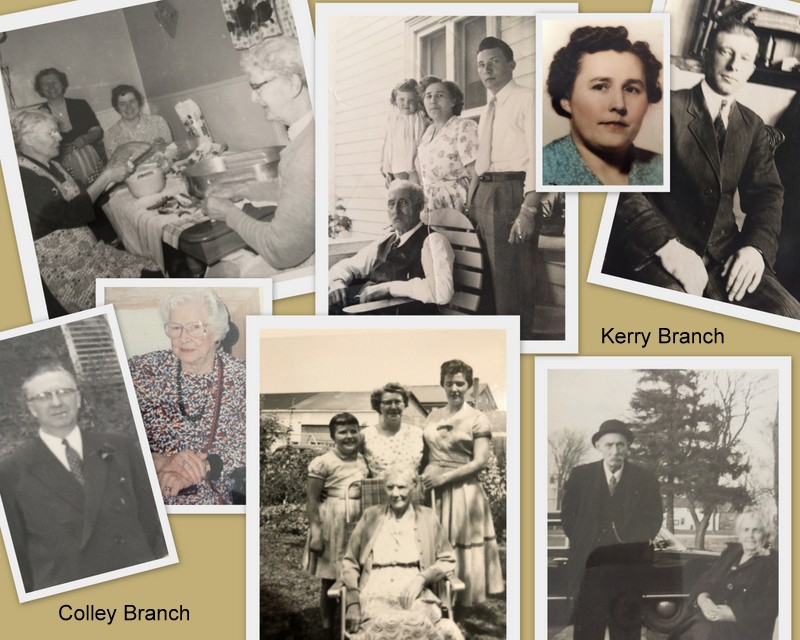 My personal family experience allowed for a multi-generational layering with many aunts, uncles and cousins. Being the eldest of six children born to young parents, I had the luxury of experiencing not only both maternal and paternal grandparents but I also have memories associated with both paternal great-grandparents and extensive periods of time spent time in the company of both maternal great grandmothers. Both of my parents came from families of six children whose offspring tended to match year for year their own growing brood….no one was ever without a cousin of comparative age.

I feel that my life was enriched by having exposure to the two generations of grandparents. I am certain that each contributed directly to what would become the blueprint for my life. With age, I have gained an appreciation for their influence that at the time transpired without any depth of awareness on my part…now I can be grateful for that influence.

Take for instance watching my grandmother Kerry caring for her elderly parents in her home along with homemaking daily for several regular borders and a husband. Giving witness to my great-grandmother Holmes lying beneath a layer of snowy white sheets in a hospital bed located in a bedroom across from the kitchen and during Sunday night family get together hearing grandma Kerry call a couple of her sons to come with her to the bedroom and assist with positioning her mother… I can wonder what seeds of my future Nursing career were planted in those formative years through the care offered by my grandmother for her dying mother?

My grandmother Kerry, having written and shared her autobiography with family members along with her practice throughout the years of writing long, detailed letters back and forth across the country to family members demonstrated her gift and the enjoyment she derived from putting pen to paper and storytelling. In her own words she reveals a pride of heritage, a strong work ethic and the repetitive offer of herself towards meeting the needs of others … nature, nurture or both influencing the development of her unique personality and characteristics?

Further east in Almonte, my maternal grandparents, Readus and Clarence Colley provided lengthy vacation opportunities for both of their aging mothers. Over endless cups of tea sipping, two generations of grandmothers fought for the annual designation of Scrabble Champion.  As the final judge and jury to their endless debates over whether or not chosen words even existed, the oversized English Language Dictionary declared the final verdict….somebody had to win!

Did the emphasis placed on discovering new words and their meaning instill a desire to expand vocabulary, build an appreciation for the English language or promote a competitive, confident spirit to pursue the honour of being crowned the next Scrabble Champion…maybe a combination of all three lay in their genes awaiting ignition through circumstances lived?

Over these extended holiday visits, the great-grandmothers were engaged in the daily lives of Readus and Clarence, their granddaughter Marion and her offspring…a multi-generational mix of participants.

A captured snapshot reveals three generations carrying out ritual domestic food preparations around a small kitchen table, sharing family tales and laughter as only women will do in shared labour. Walking daily to the downtown core in her sturdy, black laced, leather shoes along with a mandatory hat secured with a hat pin atop her grey hair….great grandma Colley, sturdy as her shoes and fit as a fiddle, living to see her 94th birthday.

In a certain time and place, in the company of a hierarchy of people, whether ancestral or other, a uniquely personal tapestry is woven. With a “genetic predisposition” the “sight to see”, “ears to hear”, and the “courage and heart to respond,” we become.

Camping with the Grandchildren

Gardening in Almonte: Getting much colder!!!