Before I joined 600 other Canadians bussing from Toronto, Ottawa, Montreal and Windsor to attend the Women’s March on Washington, a journalist asked why I want to march, a question which also became an emblematic social media hashtag phenomenon #whyImarch.

I am marching because I value my human rights and feel every person should have the same rights as I do. It is my duty as a privileged and proud Canadian, to protect women’s rights and promote human rights. I am fearful for the rights of American women and minorities under the Trump administration, as evidenced the day after the March by his executive order to ban federal money going to international groups who provide abortions.

I’m tired of the polarization and demoralization of different sectors of the population (blacks, indigenous peoples, Muslims, refugees, LGBQT+, etc) and hope that by standing together we can support equal rights to all. I want to teach my 10-yr old son that women’s rights are human rights, and both are immeasurably important to protect and promote. And I want him to know that it is important to stand up for what you believe in. I also want to honour all the women and men who protested and worked hard to get us where we are today. Finally, we have right-wing politics in Canada, and this is as much a reminder to them, as it is to others around the world.

I have never been to such a large and unified day of action. I went with an open mind, an even more open heart, and was mindful to check my privilege at the door. I went to assure my American neighbours that Canada is always here to support them. I offered Canadian hugs. If we had been allowed to bring placards across the border, mine would’ve said:

Just a note on that: enroute to the American border at the Thousand Islands, we had heard that people were turned away from the border for wearing their pink hats. Our group decided to ditch anything ‘protest’ related (our pink knitted ‘pussy’ hats, placards, etc) in Kingston to decrease our chances of being denied entry into the US.

What I observed in Washington, aside from the majestic architecture and warm welcome, was hundreds of thousands of diverse, celebratory, passionate people. There were many men, children, families, people of all walks and stages of life. It was utopia!

I was struck by the variety and importance of slogans on placards. Important because when you are gridlocked for literally hours in a crowd, you are grateful not only for interesting people with wry senses of humour, conversation to learn and share, and the sense of solidarity, but also great amusement in reading the many many many creative and very witty slogans. Reproductive rights, women’s rights, LGBQT+ rights, environmental protection, black lives matter, indigenous rights, freedom of the press, refugees/immigrants/Muslims matter, and anti-Trump were all equally represented. On the latter, there was certainly emphasis on Trump’s little hands and for example, the inability for Trump to build that wall with those tiny hands; and one of my personal favourites: “Free Melania”.

Though the Women’s March on Washington may have been originally planned in response to Trump’s sexist and racist rhetoric, and the fear that he will singlehandedly set women’s rights back decades, it became THE venue for the fight for broader liberal rights.

We were warmly embraced by Americans who were surprised to hear we had traveled 10 hours overnight to march alongside them; many thank-yous and “please don’t build a wall against us”. I responded with hugs, listening and compassion, and an open invitation welcoming them to our country. There was also an obvious admiration for Canada and our current prime minister – so let’s live up to that golden reputation (I’m looking at you Justin).

All told, the Women’s March on Washington became a global movement of almost 3 million people taking part in 670 marches around the world. And though it was the largest inauguration protest in history, no arrests were made in Washington, in contrast to the problems experienced the day prior. No one, not even the organizers, imagined how visible and successful this would turn out to be, and that gives me such hope that liberal values and human rights are being supported by strong voices in a time of right wing, protectionist, populist dominance.

My take away from attending the Women’s March in DC is that while I often feel socio-politically apart from my American neighbours, we are more similar than different, and I now know that I would fight for the thousands of Americans I marched beside, spoke with, and listened to yesterday. My democratic and humanist values are worth fighting for anywhere, and clearly I am not alone!

I learned how solidarity is spiritually and politically powerful and meaningful. The strong global voice spoke loudly on Saturday to remind not only the intended recipient, Trump, but also the world that the infallible solidarity for liberal humanitarian values is alive and kicking. My lingering question now is how that global spirit and voice can be mobilized toward true tangible change beyond Saturday January 21, 2017.  I am optimistic knowing that very question is already being put into action by Women’s March organizers and many others, who are evolving the Women’s “March” into a “Movement” to galvanize the global support and dedication to human rights.

I am grateful that my Almonte, Perth and Ottawa friends attended the sister March in Ottawa. I was quite torn between participating with my son, friends and neighbours close to home or going to Washington. In the end, I wrote all the names of friends who gave me permission to represent them in Washington on a paper, and proudly carried their spirits with me. 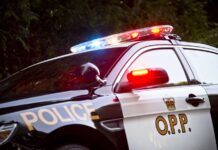 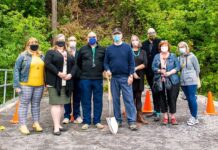