The first thing I noticed was the gentle way her hair caught the sunlight. She sat by the window, and the late morning rays gilded her short brown curls, spotlighting them so well that I can still see them clearly to this day. Instantly, I lost my heart to her quiet beauty and her shy smile.

Her name was Nancy Poe, and we were in Mrs. Hartman’s first grade class at Hazel Grove Grade School. (I know what you’re going to say. You’re shocked, right? Scandalized. You’ll say our parents wouldn’t approve. You’ll say we were too young to know the meaning of love. The MEANING of love? We couldn’t even SPELL the word!)

But, alas, most first loves don’t last long, and our torrid affair didn’t survive the heartbreaking end of first grade. I believe Nancy was looking for a more mature partner, and over the long, hot summer break, our love faded like an unwatered dandelion.

On our return to school in the fall, I buried my sorrow in the intense academic work of Mrs. Amberg’s second grade class. But one morning, I opened my desk drawer to find a small wooden heart, carefully carved out of balsa wood. On one side were the initials P. N. On the reverse side was J. P. My first thought was that someone had discovered my passion for heavy metal rock music, specifically, the British rock band Judas Priest. But when I looked around the room, I saw a lovely lowered head crowned by golden curls, with cheeks a sweet shade of blushing pink. Could it be? It could. Judy Peknik had a matching heart in her desk drawer.

Nancy Poe? Who’s she? From then on, Judy and I kept our classmates talking for the rest of second grade.

But eventually, like Nancy, Judy also began looking for a more experienced mate. No more would I sit beside her on the swing set. Ah, but now I was in the romance game for good, and in the third grade, I started making my moves. I offered my heart to Linda Logan, but she just looked at it as if it were an underdone bit of stewing beef. Luckily, Doris Garrett saw it for the valuable prize it was. On rainy days, Doris and I stayed in at recess and read love comics together. Unfortunately, the torrid pace of our romance meant that it too would burn out before the end of the year. But by this time, I was fearless. I too sought a more mature relationship. I set my sights on our third grade teacher, Miss Marjorie Pope, she of the flashing eyes and raven black hair.

She was considerate. She was understanding. She taught me things I’d never dreamed of. But our relationship also ended tragically. We were unable to consummate our affair due to the public disapproval caused by the minor age difference between us. I begged her to ignore the small-minded gossip, but, heartbroken, Miss Pope left the school, turning her back on the teaching profession forever. She joined the navy, and months later, sent me a passionate post card from her base in Virginia.

As you can no doubt imagine, by the end of the third grade, I was exhausted. To try to recover my strength, I maintained a celibate existence for the next four years. But in the seventh grade, just as I was feeling strong again, I was broadsided by the really big guns! I hadn’t forgotten my heady interludes with Linda and Doris, and now both girls were even lovelier. But so were Nancy Gross, Barbara Shivers, Diane Hopper, Gail Painter, Gay Buford, Kay Manual. I was under pressure from so many sides. A poor boy from Bethel didn’t stand a chance. For the next two years, at the end of every school day, it took 2 teachers and the janitor to carry me out to the school bus.

But I still treasure that little balsa heart, and the post card from Miss Pope, and the pencil I snapped in shock when Nancy Gross kissed me one day in Mr. Ross’s class. 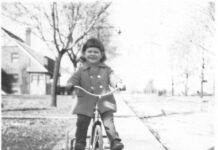 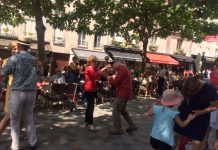 Paris in the summer 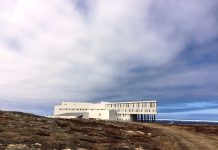