Home Science & Nature Environment The other side of the turtle fence

The extinction of the dodo bird was so spectacularly quick that it became forever synonymous with the disappearance of anything short lived. The hula-hoop, the slinky, beehive hair doos, go go boots and Pogs, have all “gone the way of the dodo bird”.

Having evolved in an environment with relatively few predators, the slow moving dodo never developed a wariness of humans, their domesticated animals or the invasive species the mariners brought.

The first accounts of the flightless bird were made by Dutch sailors in 1598 on the island of Mauritius and less than 100 years later the last of its kind was sighted in 1662. Only the passenger pigeon stands as another example in the popular imagination where human intervention caused extinction on the scale of an entire species.

That brings us to the $700,000 fence and another slow moving species. As the article pointed out, the fence is a requirement of Ontario’s Endangered Species Act (ESA). Municipalities are required to provide protection for Ontario’s species at risk and unfortunately, seven of eight turtle species in Ontario fall into that category. A major cause of turtle mortality is the fragmentation of habitat by roadways. Turtles are up against some formidable opponents – cars and The Ottawa Sun. When Sun Media pits the preservation of habitat against affordable housing, things look dismal for the turtles or any of our endangered species.

The real story is not the fence. It is the changes that were made to the Endangered Species Act that left municipalities with the lion’s share of not only the responsibility but the financial burden of protecting our disappearing species. In its original form, the ESA required that the cost be spread among the forestry, early mining exploration, aggregates, hydro, and wind facilities, drainage works, infrastructure, and residential and commercial development sectors. These industries would have to pay the real cost of the resources they use. The Act was a step toward a more sustainable economy. Those using the resource would have to protect the biodiversity on which our ecosystems, lifestyle and economy depend. In 2011, the Minister of Natural Resources and Forestry compromised the ESA by introducing a Regulation exempting all of these sectors from activities that protect our species at risk. The industries that gain immense profits from the use of our forests, rivers, fields, wetlands, lakes, and meadows will not be required to absorb the cost of limiting the damage they do to the habitat of endangered species.

The cost of the changes to the intersection at Dwyer Hill Road and March Road was the responsibility of the City of Ottawa. However, if municipalities are among a handful left to pay for these kinds of measures, public support for the ESA will be severely undermined and more species will “go the way of the dodo bird” and the passenger pigeon and perhaps the 23 endangered species in Lanark County, and all the species that have slipped away unnoticed. Contrary to the wisdom of Aesop and history, slow and steady does not win the race. 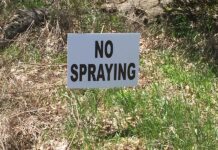 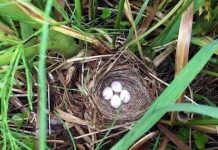 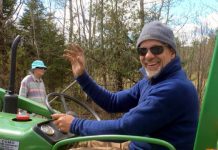