Producers Greg Akeson and David Magladry miss the weekly variety shows that used to appear on television. From Ed Sullivan to Carol Burnett, Dean Martin to Sonny and Cher, they featured everyone from singers to jugglers to comedians and everything in between. The sole purpose of these shows was to entertain. Their success came from being both the same and different each week. They always adhered to a standard format, but each show was different from the last; it’s a simple formula that the pair feel is more relevant than ever in today’s fast-paced world.

“As we began to build the concept, our desire was to infuse our existing stage show with the look and feel of a television variety show taping” explains Akeson. “Our audience will get to see what happens during the pre-show warm-up. Thus, our floor director and stage manager will be visible making sure that the set and lighting are ready, something that in the traditional theatre world is always hidden from view.” “All we are missing are the cameras,” adds Magladry,” in fact that’s our slogan – ‘a television variety show without the cameras.’”

Akeson, just back from seeing a taping of the new CBS Late Show with Steven Colbert, was amazed at both how much the home audience never sees and how friendly and welcoming it was. “My impression was that it would be fairly cold and regimented but everyone from Colbert to the stage manager to the CBS pages at the door made us feel like we were the special guest. And that’s exactly what we want to give our audience – a highly entertaining evening in a casual and relaxed setting. For us, it’s all about the audience experience. They are our special guests, not just observers,” says Akeson.

The pair also wanted to have a unique place to kick off their venture and with Akeson being a resident of Carleton Place, the Town Hall Auditorium seemed the perfect location. “With its renovated interior it has a very warm and inviting feel to it, and its history of having been home to the CFRA Happy Wanderers live radio broadcasts in the 1950’s make for a neat tie-in to what we are doing,” Akeson says. 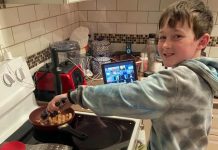 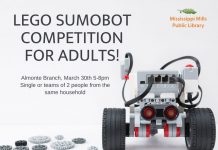 Twenty new COVID cases in area over past 4 days