Home Science & Nature What is That? What Is That … Iberian bird?

Another cottage season has come to an end, the dock is in, and the cottage closed up for the winter.   As many of our feathered friends have headed south, we decided to fly east and spend a couple of weeks, before the arrival of winter taking in the sights, tastes and cultures of Spain and Portugal.  In addition to the inspiring Roman, Moorish, Gothic, Baroque and modern architecture and seemingly unending plantings of olive trees and grape vines, we also enjoyed the distinctive, yet somewhat familiar, wildlife of the Iberian Peninsula.  We wanted to share with you images of some of the birds we managed to photograph.

The first bird, which we heard before we saw, was the Monk parakeet.  This species is a member of the parrot family.  It is an introduced, sub-tropical species, and perhaps needless to say there are no such indigenous birds at our cottage on White Lake.  Adult Monk parakeets can grow to 29 centimetres in length.  Some Spanish and Portuguese residents are concerned the well-established parrots may be out-competing indigenous species for seeds, grain, fruit and insects. 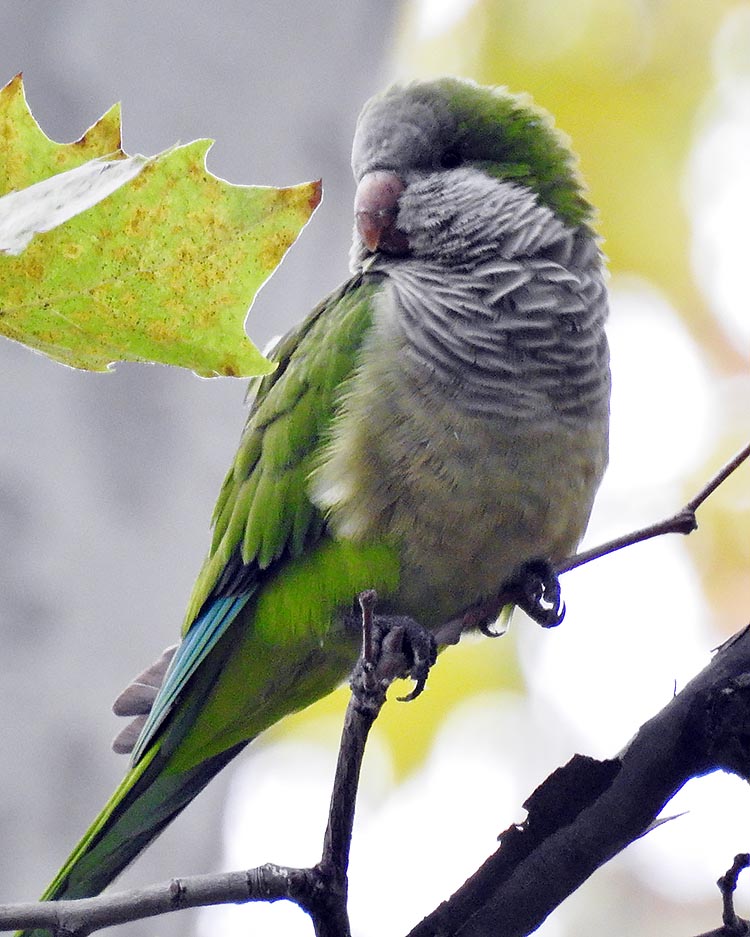 Next we saw Iberian magpies.  The smallest member of the crow family, growing to a length of 31 to 35 centimetres, Iberian magpies are found only in the south-west and central portions of Spain and Portugal.  They feed primarily on acorns and pine nuts but supplement their diets with invertebrates, soft fruit, and berries as well as scraps left by humans.  One can encounter a related species, the black-billed magpie, in western Canada but not in our region.  This individual was cleaning up the remains of someone’s lunch. 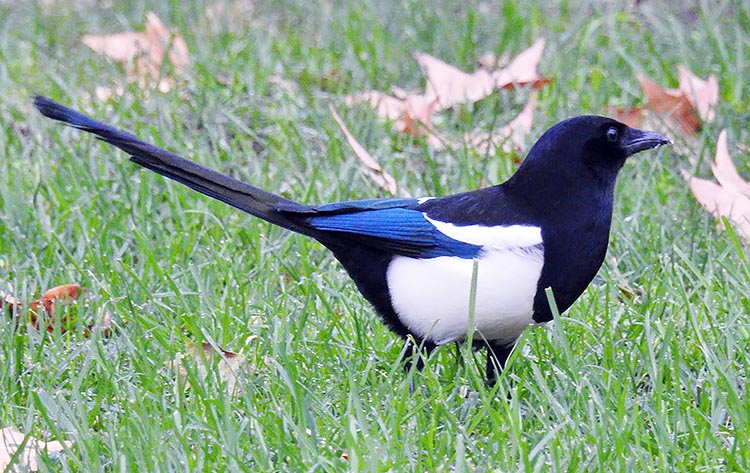 The next species we encountered was the common wood pigeon.  It is the largest member of the dove and pigeon family, growing to a length of 38 to 45 centimeters.  In addition to their large size, adults are distinguishable by the white patch on their necks.  They feed on grain, nuts, some fruits and berries.  This individual was attempting to choke down a large olive. 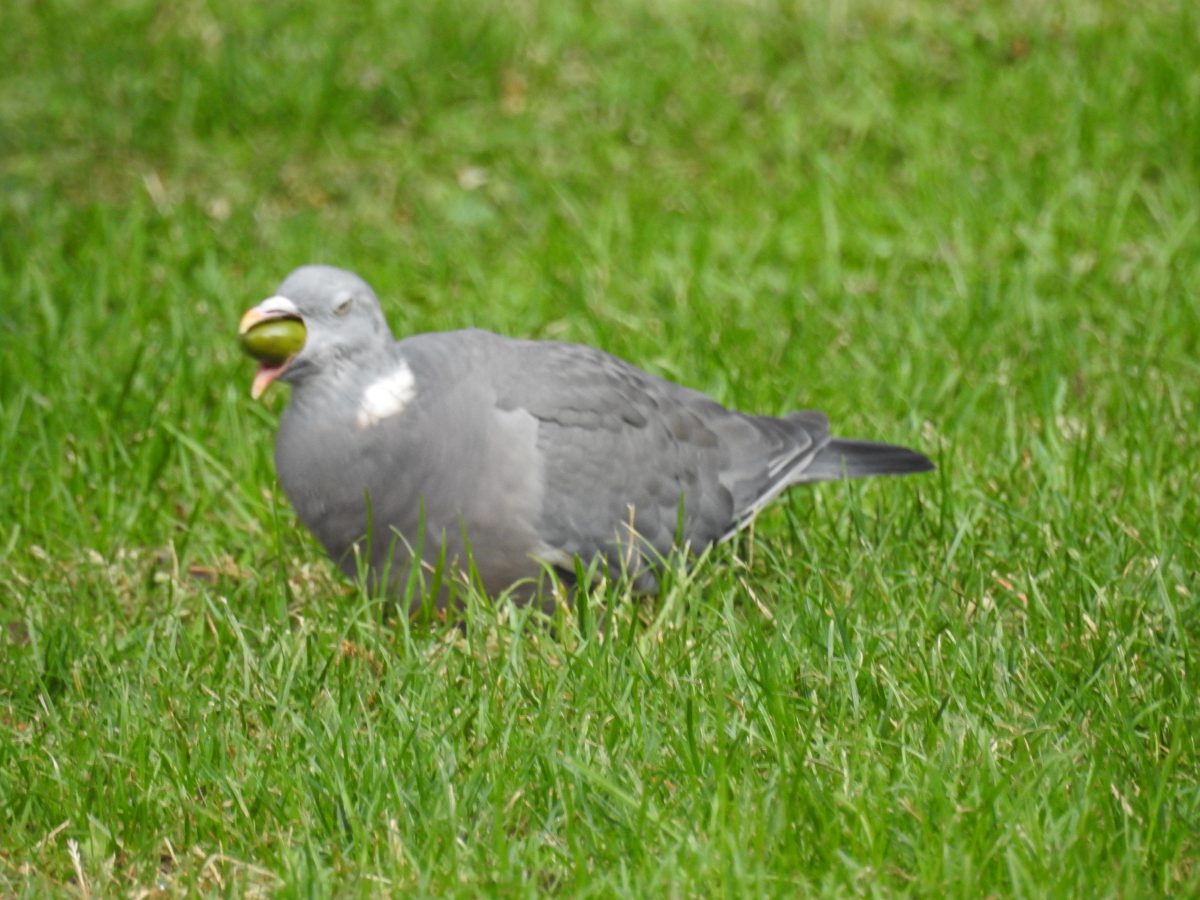 The night heron is a medium-sized member of the heron family, growing up to 64 centimeters in length.  They are easily distinguished from other herons by their shorter legs, bill and neck.  While our cottage is inside the northern edge of the range of North American black-crowned night herons, we have yet to see one.  These birds are predatory waders, feeding on small fish, crustaceans, frogs and aquatic insects which they catch in the shallow waters of rivers and lakes.  This individual was resting on a branch over a river. 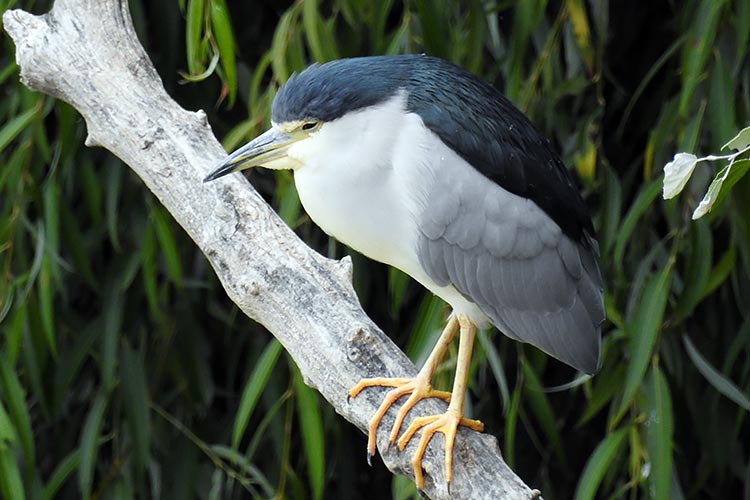 The Eurasian moorhen is a member of the coot and gallinule family.  We have never observed an individual from this family at the cottage which is beyond the northern edge of their range in North America, but friends in southern Ontario have seen and photographed coots.  The Eurasian moorhen averages 30 to 38 centimetres in length and inhabit marshy and well-vegetated lakes and parks where they hunt for aquatic plants and small aquatic wildlife.  The individual pictured in the top portion of the next photograph was hunting amongst great cormorants.

The great cormorant closely resembles the double-crested cormorants we see at Three Mile Bay, although they are slightly larger, ranging from 70 to 100 centimetres in length, and do not have a crest on the back of their head.  Great cormorants dive underwater in both marine and freshwater environments to catch fish.  We encountered these birds throughout our trip whenever we were by the water.  This individual was pictured resting on a stone wharf along the Duoro River in Porto, Portugal. 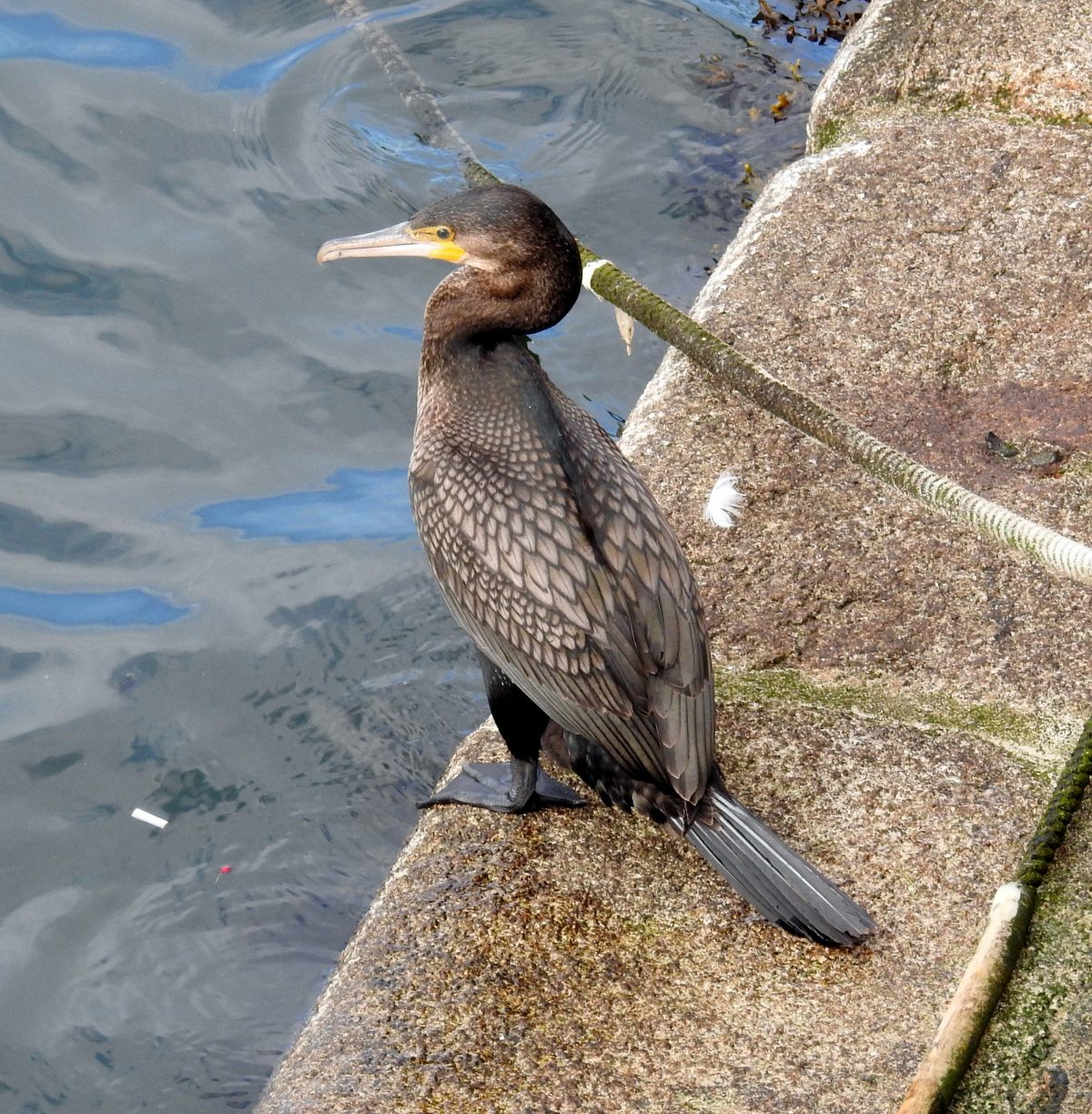 Once again we were reminded that much of the ’exotic’ wildlife we enjoy photographing on trips resembles members of the families we see around the lake.  It’s a small, big world!  Since our field guides are for North American birds, we relied on information available on the Internet for preparing this article. 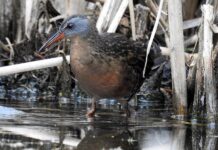 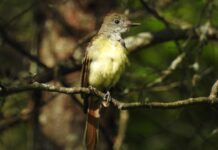 What Is That … Flycatcher? 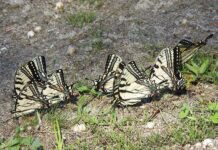 What Is That … Welcoming Committee?