Another scam attempt? Another unsolicited knock at...

by Susan Hanna This dish from NYT Cooking...

Well first of all ... us!  We...
ColumnistsBy The Way with Bill ChapmanArt

It is both natural and inevitable that as one ages and disengages from the traffic of everyday life, one becomes increasingly reclusive and generally avoids involvement in anything but the most private undertakings. In spite of this irrevocable declension I have never resisted a proposal to visit a private or public art gallery. The fine arts inspire me and few are more provocative for their imaginative, aesthetic, or intellectual content than the work of Diana Thorneycroft.

Diana Thorneycroft is a Winnipeg-based artist whose work has been exhibited nationally and internationally (including the McMichael Canadian Art Collection). The recipient of numerous awards, Thorneycroft works primarily in photography, drawing, and sculpture/installation. Wikipedia 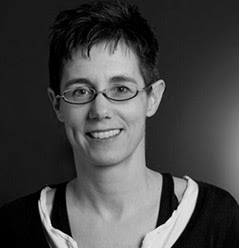 Almonte is well-known for its large artistic community.  You may be interested to know that Diana Thorneycroft has several relatives living in Almonte; viz., her father, Lt.-Gen. Kenneth J. Thorneycroft and her sister, Sandra Wickware and her husband, Bruce Wickware.

Diana Thorneycroft often explores the darker side of supposedly innocent or benign objects like dolls, toys and cartoon characters through her dioramic compositions of everyday life.  I first saw her controversial work at the Canadian Museum of Contemporary Photography, Ottawa. Recently we visited her exhibition “Herd” at the  Ottawa School of Art – Orléans Campus Gallery, Shenkman Arts Centre, 245 Centrum Blvd., Ottawa. Her show runs September 23 to November 13, 2016.

Known for its sweeping, tree-lined boulevards and friendly hospitality, it soon becomes apparent that Orléans is special—urban amenities with a rural attitude. This is an appropriate incident for Ms. Thorneycroft’s current exhibition as its primary (and almost exclusive) focus is a parade of horses along an ascending pathway two feet wide and extending forty feet. Coincidentally as we were leaving the gallery and returning to Almonte we drove through Orléans and I was pointedly struck by the apparent incongruity of a corn field amid the suburban houses and vast merchant malls. To me, Ms. Thorneycroft’s “Herd” was a reminder of our important and inescapable rural roots.  My paramount reflection however upon seeing the work was that it was a metaphor for my day – an initial stumbling (a fallen horse), a trajectory of almost blind instinct (a herd of what appeared from a distance to be indistinguishable horses), punctuated by failing and disability (horses twisted by calamity) and ephemeral purity (fantasy horses of perfect proportion) and finally the disappearance into the melting end of the day (the backsides of the horses as they evaporate into a wall). I am reminded that when I bicycle along Paterson Street in Almonte I frequently see a herd of cattle adjacent Orchard View Retirement Residence and the residences of Riverfront Estates.

While at the exhibition I chatted with the Director of the Ottawa School of Art. His overarching comment was that the arts are “in trouble”.  Sources of funding are regularly drying up. This prompted a discussion of how to market fine art to the public and whether fine art is, as has often been the case, the domain of the well-to-do. Complementing this narrow theory were the resulting rambling observations about the proliferation of graffiti and that there are two classes of people who won’t try new food – children and the uneducated. The Director also voiced at some length his loathing of the popular habit of buying prints instead of original works of art (especially where the cost of the original work of art is either the same or less than the reproduction). This led to a reminiscence of the many highly accomplished artists in the Almonte area, among them Robert Pauly, Stephen Brathwaite, Blair Paul, Rosemary Leach, Ian Paige, Ingrid Harris, Noreen Young, Dale Dunning, Al Barratt, Anthony St. Dennis, Sue Adams, Jill C. Halliday, Sietze Praamsma and of course R. Tait McKenzie. I happily reported that during the past forty years I have acquired the works of several of those artists and that I proudly count their significance equally among the works I have also owned of Henri Masson and Frederick S. Coburn. 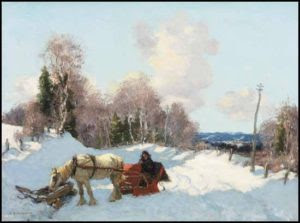 If you’re at a loss for stimulation I recommend visiting a local art gallery in general and Ms. Thorneycroft’s exhibition in particular. I know of no one who will fail to be moved by the experience. Ms. Thorneycroft’s work succeeds more than most to jolt us from our platitudinous herd instincts and perceptions.

Yard of the Week is back!

Update from the municipality on storm clean-up

Yard of the Week: Marion Armstrong

For the Birds: A Bird’s Eye View