Living trees and shrubs are the perfect... 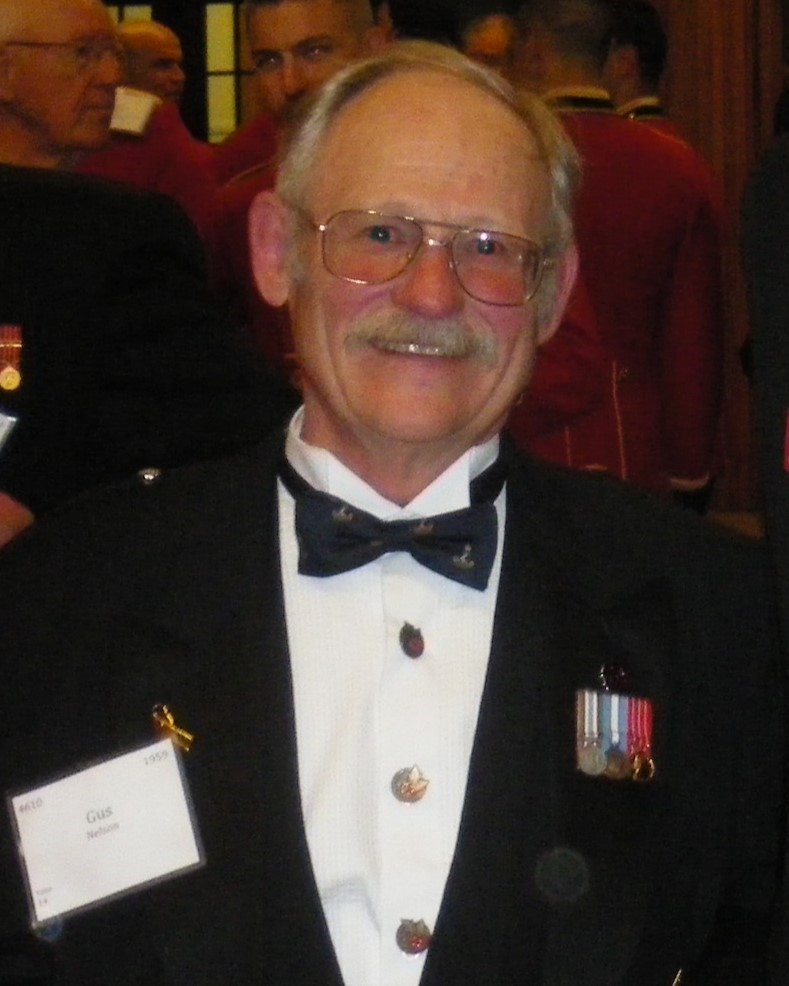 Gus passed away suddenly at the Almonte General Hospital, Ontario, October 12, 2022 at age 87. Beloved husband of 62 years to Fay (née Griffiths), loving father to Robert, Michael (late Karen Cook), Virginia (Richard Dixon) and David, and dear brother-in-law to Donna Krucik (née Griffiths). A dedicated and loving family man, Gus was a friend to all, and well-known in the local Almonte businesses, where he would always cheerfully greet people with a smile, tale or joke.

Gus graduated from Royal Roads University, Victoria BC, and in 1959 from the Royal Military College in Kingston, entering the Royal Canadian Artillery. He served in the United Nations Peacekeeping Force (UNFICYP) in Cyprus (1960s) maintaining peace between Greek and Turkish Cypriots, a mission that continues to this day. Gus retired from the military in 1972 as a Major and joined the Federal Government Treasury Board until 1990. Post-retirement, he continued to be involved in various aspects of Military Life: attending the Annual Legacy Dinners and Badging Parades at the Royal Military College in Kingston; volunteering his personal time for the Federal Superannuates National Association (FSNA); with the leadership team RMC Club – Ottawa Branch; and as a member of the Royal Canadian Legion Branch 240; and volunteering and participating in the North Lanark Highland Games.

Gus was a keen military drummer in the RMC Band when in college, and post-retirement played in the Smiths Falls Gordon Pipe Band, the Highland Mist Pipe Band, the Almonte Legion Pipe Band (Branch 240) and the Arnprior McNab Band. He played regularly until the COVID 19 lockdowns of 2020 when deteriorating health limited Gus’s band engagements.

Gus regularly made Charity Donations, quietly and without fuss, to various causes that he thought deserving, and held Life Membership with The Royal Military Colleges Club of Canada.

A graveside service was held on Wednesday October 26.

Friends are invited to attend a celebration of life for Gus (and Fay) on Wednesday November 30, in the Borden & Fleming Suites at the Beechwood National Memorial Centre, 280 Beechwood Ave., Ottawa from 3pm to 6pm.

What Is That… an Alligator or a Snapping Turtle?

News from other sources