BE STILL MY SOUL Come and rest in...

by Susan Hanna This recipe from Bonnie Stern’s...

Physician, sculptor and native son Robert Tait McKenzie has been commemorated in a bronze monument affixed to the wall of Old Town Hall. 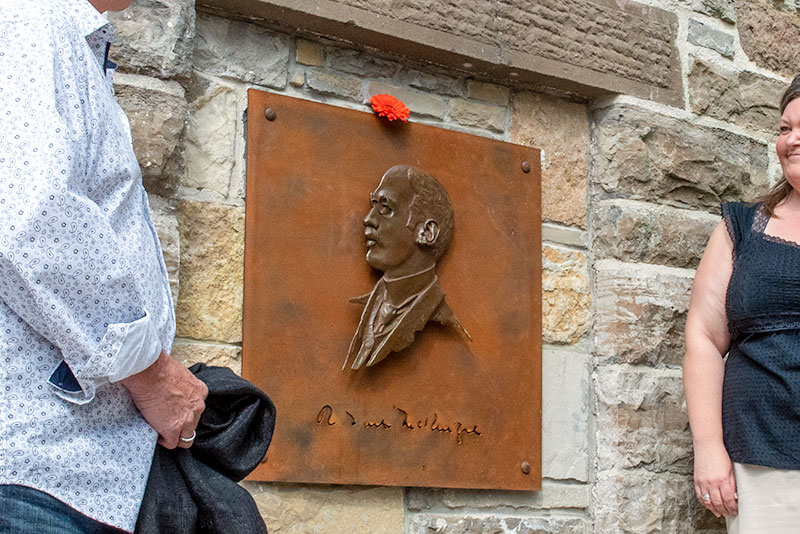 McKenzie was a friend of Almonte’s James Naismith and was acclaimed for his achievements both in medicine and art. He pioneered physical fitness programs in Canada, and during World War I developed methods for rehabilitating wounded soldiers that laid the foundation for modern physiotherapy practices. His over 200 sculptures — athletic and military figures, busts, masks, friezes and medallions — are on display in various countries.

After teaching at the University of Pennsylvania for many years, McKenzie retired to Almonte in 1930  and bought the property that he and his wife renamed the Mill of Kintail, using it as a studio and summer retreat. He died in 1938 at the age of 71.

The piece was sculpted by Russell Baron, cast by Dale Dunning, and installed by Dick Veenstra & Stephen Brathwaite.

Arachnids and their role in the web of life

Gardening in Almonte: The end of summer?