Join us for our annual Christmas Concert! Saturday,...

by Diana Filer 1.  With which country does...

Ol’ Sluffer and the Lobster

Reflections from the Swamp Dear Reader Some of you,...
Diana's QuizAnswers to Diana's Quiz - August 7, 2021 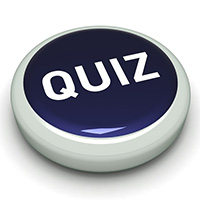 1.  The Frontenac Axis is a strip of exposed Pre-Cambrian rock that links the Canadian Shield in Ontario’s Algonquin Park with the Adirondack Mountain region in New York state.
2.  MacLean’s magazine has pronounced St Francis Xavier University in Antigonish, Nova Scotia to be Canada’s best in undergraduate studies.
3.  Donovan Bailey, a Jamaican Canadian, was the first sprinter to break the ten second barrier.  He won a gold medal in the 100 metre dash at the 1996 Olympics in Atlanta.
4.  A truffle is a subterranean fungus that grows in the soil beneath nut-bearing trees, especially oaks.

5.  The Boston Marathon is the oldest in the world today.  It began in 1897, inspired by the marathon held at the 1896 Olympics.

Ol’ Sluffer and the Lobster

Light Up the Night, December 2

Mayor and Councillor embroiled in libel litigation with Steve Maynard