[Edith] Steve Berry is a fan of Dan Brown, author of Da Vinci’s Code and in this 8th book in the Cotton Malone series he has taken a page from Mr. Brown’s ideas book  – only – Steve Berry is a better writer. The fascination of the Dan Brown books is the weaving together of historical fact, long held secrets and current adventure. The King’s Deception has all of these elements in a twisted tale with three major threads: the relationship of Malone to his 15 year old son Gary, an old Tudor legend and the proposed release of the Libyan terrorist Abdel Basert al-Megrahi  by Scotland.  Al Megrahi was a real life mastermind of the Lockerbie bombing case, tried, convicted and jailed in Scotland. He was released on “humanitarian grounds” to return to die of cancer in Libya (he lived for three more years).

Cotton Malone has been asked to escort a young British citizen, wanted by police, back to England from Atlanta, Georgia. Coincident with this journey, he has just learned disturbing news about his son Gary who is accompanying him. He has retired from the Magellan Billet, an investigative division of the U.S. Department of Justice. He now runs a bookshop in Denmark.

Thus begins a great romp of intrigue, mixed identities, spymasters and ancient secrets. The U.S. is trying to urge England to stop the release of Al Megrahi, as it would be huge embarrassment to them and result in a loss of prestige. A CIA agent Blake Antrim, unsavoury by any standards, has mounted a project called the King’s Deception to use an ancient royal secret to force the hand of the British. That secret could have disastrous modern consequences.

For those of us who are history aficionados, the tale abounds with interesting tidbits of British history and architecture, from the once wealthy Templars to the legend of the Bisly Boy, an ancient tale that suggests that Queen Elizabeth I was not who she seemed.

The three strands of the story are interwoven in cinematic scenes, and the effect is similar to watching a television series where the scenes jump from one ongoing subplot to another.

If you can keep all the characters straight, this is a rollicking thriller.

The King’s Deception is published by Ballantyne Books 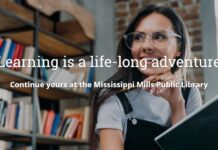 The Library is open again! 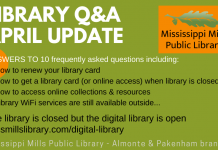 Updates from the Library

The MMPL ‘digital library’ is open!

Cello lessons at the Curious and Kind Studio