It seems inevitable that anything artistic involving Alan Mirabelli will be remarkable. Much of his life has been that way.

He has fought off a nervous breakdown, beaten back patches of deep anger, taken his life back by replacing prozac with photography, inspired himself as he has inspired artistic soul mates.

Now, as his days grow shorter, he is embarking on a unique artistic gathering that promises to leave an inspirational mark on all who care to join him.

The Last Frame, a comprehensive exhibition representative of a visual insight into his photographic life, opens on September 23 and runs until October 1 at 15 Bridge Street, the studio abstract artist Mary Pfaff has been happy to share.

He will be showing more than 65 images of his life’s work, much of it previously unseen.

Among his more recent projects has been photographing each of a group of artists – many “in action” – with whom he has shared artistic time. Each will be showing a piece of their work along with Mirabelli images.

“When a show was suggested, I was really not interested. Once I agreed, I knew I had to have a rationale for doing so and it was certainly not for more exposure,” he said, as he relaxed amidst a sea of images in his condo in Almonte’s Thoburn Mill.

His collaborations with artists has been so successful, Mirabelli decided he needed to include pieces of their work along with his images of them.

“The idea symbolically represented the notion I have never walked alone and I wanted to represent that notion,” he said.

In addition, when he went through his own work, he realized this was a chance to put together his own visual diary.

A show was born.

Mirabelli was Executive Director of Administration of the Vanier Institute when he came to a crossroads. He is remarkably frank about what happened.

“I got into some real difficulty with depression in 1996,” he said. “I started to think about a sabbatical. I had been working with psychologists and was being prescribed pills by the boatload. But nothing helped.”

As he put it: “I had to make a choice between Prozac and photography. That’s the truth.”

He was granted a sabbatical and started to photograph in 1998 as part of that sabbatical.

“My day started with a 5 a.m. reflection on the day and then I’d go hiking and it was then that I realized I wasn’t being attentive,” he recalls.

“I came home and couldn’t remember what I had seen. I had really lost all sense of how to be attentive. So I decided to bring a camera to help me. That’s how it all started and it’s still the reason. It’s almost like a meditation. Most days I photograph. It’s hard not to get exited when you see nature. ”

Preparing for the show has had its difficulties because of Mirabelli’s condition. His cancer treatments leave him weaker, he fights days of pain. But there is no stopping this man no matter the obstacles.

“As I have been preparing for the show I have wanted to come up with a phrase that represented what I do and why I do it.

“It’s funny, I never thought to articulate it before and it came very simply. I am looking outward to see within… that’s what I do. It’s amazing how that works.

“You know, I started to work out my issues by taking photographs. Some of the first pictures I took they were angry, which is exactly what I was. So here was a way to symbolically work things out. Now I don’t think of that, I turned the corner. I started celebrating it and enjoying it.”

So what can visitors expect when they drop in to 15 Bridge Street?

First we can admire his current work. “It’s interesting,” he said. “Because of my circumstances and lack of mobility the work has got smaller and smaller because I can’t go out. It’s amazing what I have shot from my balcony or using normal household things.”

They are images that are providing a daily dose of delight for all who see them.

He also will show pieces he considers “historical milestones” and work that has never been shown “because it was my exploration. Some still life and some figurative.”

Then there are really small images in very large frames to draw the viewer in. He calls them “my jewels.”

And a surprise. “I was going through things in storage and found a whole series of small prints I used as proofs when I used to show at the Ottawa Art Festival. I used them to judge response so they are another way of showing what milestones there have been.”

And then there is the added bonus of the collaborative work with a number of the region’s leading artists.

This show most certainly promises to be a milestone as Mirabelli allows us to join him in “looking outward to see within.” 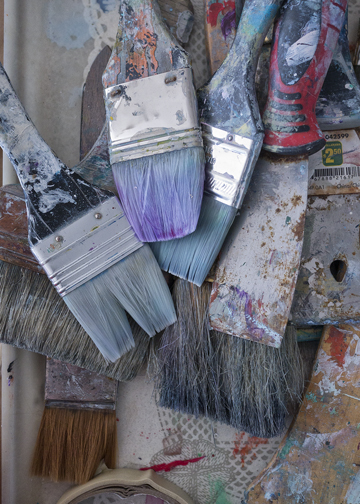 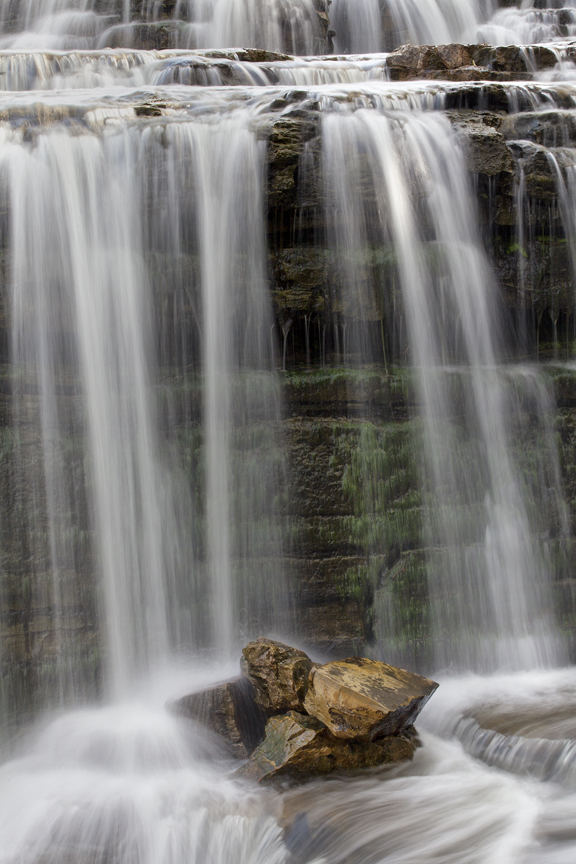