1.  The Chrysanthemum Throne is the throne of the Emperor of Japan.
2.  St Patrick was born in Roman Britain, probably in 327 AD.  As a teenager, he was captured by Irish pirates, who took him to Ireland to work as a slave.
3.  There are 17 syllables and 3 lines in a haiku..
4.   In the Koran, Jesus is considered one of the greatest prophets, along with Mohammed, Noah, Moses and Abraham.  Belief in All Prophets, referring to these 5, is fundamental in Islam.
5.  A thirst trap is a very provocative social media post, designed to attract the attention of all who open it. 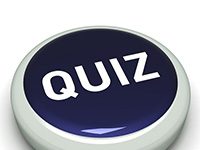