Volunteers wanted for Puppets Up!

Looking for a fun way to connect...
EnerduEnerdu: how the approval process works and what’s next

Enerdu: how the approval process works and what’s next 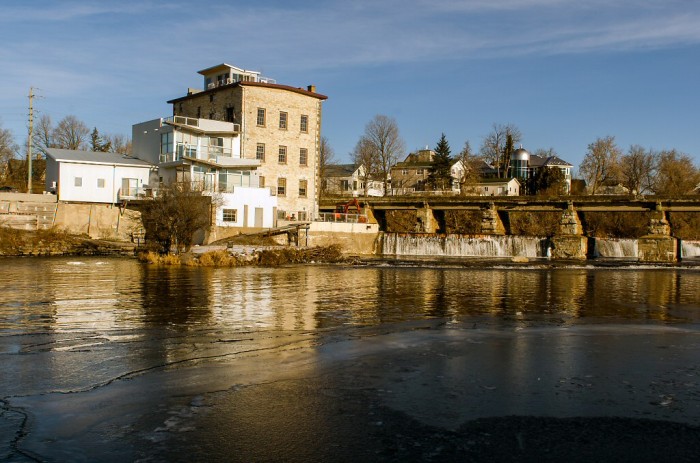 [WARNING: Lots of government jargon ahead, can’t be helped. This is what we’re dealing with.]

The bureaucratic process for the approval of hydroelectric projects like Enerdu is complex, with the Ministries of Environment and Natural Resources both involved. And it’s weighted heavily in favour of “the proponent” — the company that wants to build the project.

Most renewable energy projects — solar, wind and biomass — need sign-off under the Renewable Energy Approval process. This is a stringent system, with no guarantee of success. Applications are rejected fairly often, on various grounds.

Hydro projects, however, are approved through what’s called the Class Environmental Assessment for Waterpower Projects (Class EA), a mechanism that gives most applications fast and virtually automatic approval. The Class EA was developed for the Ministry of Environment (MOE) by the Ontario Waterpower Association — the industry group that represents hydro project builders, consultants and suppliers. And it’s a sweetheart deal for them.

Basically, the Class EA lets companies claim that a project would have similar environmental impacts to others ‘in its class’ — and that it thus should be approved with effectively no chance of a ‘no’ outcome.

Of 80-some applications submitted under the Class EA program so far,  not a single one has been outright rejected. (Although a proposal for a project on the Ivanhoe River in northern Ontario was sent back for more study after the Ministry found “the project was not planned in accordance with the OWA Class EA.”)

This system is fundamentally flawed.

Start with the initial environmental assessment submitted to the Ministry. This is prepared not by an impartial third party but by the company itself, or consultants hired by it. In the Ministry’s jargon, it’s “proponent-driven.”

In Enerdu’s case, the assessment was done by OEL-HydroSys, which describes its business as being “the design, construction and operation of hydroelectric power generating facilities.”  The firm also says it can “[guide] each project through the environmental assessment and regulatory approvals process.”

The likelihood of a fully balanced and objective assessment in such a scenario seems slight. But that’s how the system works.

After the company submits its (self) assessment claiming the project “has predictable and mitigable effects to the environment”, any interested party who “is not satisfied with a project assessment and the evaluation process, and/or the proponent’s response to concerns expressed” has a brief window in which to file a request for a Part II Order from the Ministry of Environment. If the Ministry agrees it can conduct an “individual environmental assessment” of the project.

The Town steps in

On January 31 2013, at almost literally the eleventh hour, Town Council did the right thing and applied for a Part II Order. The application raised a long list of concerns not adequately addressed in Enerdu’s assessment – everything from the rights of riverside residents and the actual ownership of the riverbed, to the impact on heritage and tourism, the Appleton wetlands and the town’s own power-generating capacity.

That’s where we are now, waiting for the Ministry of Environment’s response to our request.

What about the Ministry of Natural Resources (MNR)?

I recently launched an online petition asking for Council to call on MNR to reject the Enerdu proposal. I chose MNR as the target based on advice from various concerned parties here in town.

But that doesn’t seem to have been right. According to the chair of the Ontario Rivers Alliance, at this late stage MNR is largely out of the picture. Its main role now is to issue permits and approvals under the Lakes and Rivers Improvement Act, allowing the project to proceed – but only after the MOE hands down its decision. (MOE will also have to approve a Permit to Take Water.)

Time to lobby the premier and the Minister of Environment

One factor that may influence the MOE’s ddecision according to the department’s website, is the “extent and nature of public concern”. So we have to let the folks in Toronto know that we don’t want this project, that it’s a clear and unacceptable threat to the natural and heritage environment of our community.

Obviously it’s harder to get the attention of the provincial government than of Town Council. But we need to try. I’ll start by sending paper copies of my petition to Premier Wynne and Environment Minister Bradley; if nothing else it will make of a thick and heavy package, with its 1,865 names.

You should also send an email to the Premier and the Minister of the Environment re-stating the petition message:

The proposed Enerdu hydroelectric project in downtown Almonte poses unacceptable environmental, heritage and economic risks to this community and should not be approved.

Please send those emails. It only takes a minute of your time, and it could make the difference.

Volunteers wanted for Puppets Up!

Wallet found at the Independent in Almonte on Saturday afternoon, June 25.

Environmental issues: being part of the solution