EDITOR’S NOTE: The Town has asked us if we could join with it in bringing you a special series of posts for Canada’s 150th birthday this year — “365 Facts About Mississippi Mills.”

Here are interesting facts about us from the past two weeks:

8) Bustling Leckie’s Corners
Leckie’s Corners on the 8th line of Ramsay Township was once a bustling community with many businesses, a school and three churches. The Tannery and Auld Kirk Church and cemetery are all that is left.

9) White Whale (Beluga) found in Pakenham Township in 1906
A whale skeleton, an inhabitant of the Champlain Sea 30 to 40 thousand years ago, was found when digging a well on a Pakenham farm in 1906. The discovery consisted of a nearly perfect skull (with only a few of the teeth missing) and one of the tympanic bones, with most of the cervical vertebrae and three of the dorsals.

10) One of the Area’s First Tractors
In 1919 Samuel Lowry and sons Hollie and George of the 9th line of Ramsay, bought a Titan 1020 tractor; one of the first tractors in the area. It arrived on a flatcar at the Carleton Place train station. Seventeen year old George drove the new tractor home at a top speed of 2 miles per hour.

11) Meier’s Comet
Rolf Meier of Ottawa was the first Canadian to discover a new comet, using a telescope at the Indian River Observatory behind the Mill of Kintail on April 26,1978. He was a member of the Royal Astronomers of Canada, Ottawa Branch. He had the new comet confirmed by the Smithsonian Astrophysical Observatory who named it “Meier’s Comet”. The observatory was renamed the Fred.L. Lossing Observatory on Oct.24, 1998.

13) Our Forgotten Flying Ace
Kenneth Burns Conn is Almonte’s forgotten flying ace. This World War I veteran was credited with 20 victories and was a recipient of the Distinguished Flying Cross. On 18 October, when raiding enemy troops in retreat, Kenneth descended to 300 feet and attacked three companies of infantry with machine-gun fire, inflicting casualties. So vigorous was his attack that the troops dispersed. Lt. Conn then attacked various other targets, displaying conspicuous skill and initiative.

14) The World Comes to Town
Mississippi Mills proudly co-hosted the World Broomball Championship in 2012. Teams participated from 14 countries (Australia, Austria, Canada, England, Finland, France, Germany, Italy, Japan, Russia, Sweden, Slovenia, Switzerland and United States). The Nationals, who featured Todd Munro and Kyle Killeen of Almonte and Chris Carroll and Joe Kealey of Clayton, ended the tournament undefeated at 10-0 and took home the Men’s World Broomball title. Many Mississippi Mills athletes and coaches participated and did well in the week-long tournament. Games were spread across the Ottawa Valley including both Almonte and Pakenham’s facilities.

15) Curling in Almonte
Almonte’s Curling Club was founded in 1855, one of the oldest in Canada. The games were played in various locations on the Mississippi River, the main one being near the fairgrounds on Water Street. Later, a three-sheet curling rink was built on Brae Street.  On February 18, 1970 a fire that started in a new gas furnace consumed just about everything in the club’s  rink.  28 trophies were lost in the fire, leaving 165 members without a place to curl.  It took 20 years of fundraising before the ribbon was cut at the new four-sheeter rink we have now.

17) Apple Tree Falls
Appleton was originally known as Apple Tree Falls, for the wild apples that were found growing along the banks of the Mississippi River when the settlers arrived. It was later named Teskeyville after the arrival of the Teskey family from Limerick, Ireland in 1823. Finally the name Appleton was made official July 7, 1857, when the first post office in the village was established.

18) Local Brew
Did you know Mississippi Mills now has two microbreweries? Built in a natural setting only 15 meters from a clean artesian spring, Cartwright Springs is located in beautiful rural Pakenham. With 6 varieties of beer they welcome you to sample before you buy in their beautiful taproom adorned with wood from trees that fell just behind the brewery. Our newest brewery Cooked Mile is located in Almonte. This quirky little brewery offers British-inspired ales that are wonderfully balanced where the flavours and aromas work in perfect harmony.

20) St. Peter Celestine
Pakenham’s  St. Peter Celestine’s Roman Catholic Church was built in 1896. The church is widely known among connoisseurs of heritage architecture for its fine building and in particular for its superb original interior decor, which survives intact from a century ago and which was professionally restored as part of the church’s centennial celebrations in 1993.

14) Almonte Man Sent the First Wireless S.O.S. in History!
August 27, 1909 George Eccles, a one-time Almonte resident, died sending what is believed to be the first wireless SOS in history!

When the ship he was on hit an uncharted rock, Eccles remained at his telegraph key sending out distress signals heard by three steamers. All but five of the 213 people on board were rescued.

His last message was “Passengers all aft and adrift in small boats. Captain and crew going off in last boat and waiting for me now. Goodbye.” 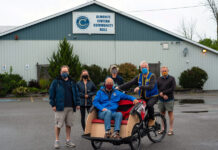 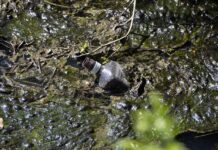 Re-imagined Festival of Small Halls is on next month