Home Letters to the Editor Of Peanut Butter & The Rail Trail

I recall reading, a few years ago, the online comments of a young mother incensed by a ban on peanut butter in her son’s school lunchroom. She saw this as an injustice, and her argument ran thus:

It’s the other kid’s problem – his illness – why should her kid be penalized for it? Why can’t the other kid be isolated somewhere – taken off to a separate room – and have his lunch there, so all the rest of the kids can eat whatever they want?

[This ‘solution,’ by the way, doesn’t take into account the fact that peanut oil can readily be transferred – on sticky little fingers – to areas of the school outside of the lunchroom. Nor does it take into account the further alienating factor this represents to a child with allergies, who is then denied participation in the very simple, natural, and peer-bonding behaviour of eating at the same table with others.]

The mother further explained that this ban was a particular problem for her because her son outright “refused” to accept anything but good ol’ peanie-bee sandwiches for lunch: “I’ve tried giving him other things, but he refuses to eat them. So what can I do? My son has to eat! It’s not fair that I can’t send him to school with his peanut butter sandwiches – just because some other kid has allergies!!”

There are readers, I know, who will readily sympathize with this young mother: “Exactly! Why the heck should my kid have to give up anything just because some other kid has a problem?! I’m sorry for the kid, but why should I or mine have to suffer for it? We didn’t cause the problem, and we don’t share it.”

The majority, I suspect, would say: “What the heck? How much of a burden is it for me to avoid peanut butter in my kid’s lunch, if it’s going to help keep another parent’s kid safe and healthy? My kid can eat peanut butter at home.”

To me, the one pure, clear, overriding and unarguable test of the rightness of things, in this matter, is this:  If the child who refuses to eat anything but peanut butter sandwiches is sent to school without his favourite food, is there even the remotest chance in Hades that that kid is going to die as a result of not eating peanut butter for lunch? The answer – unless there is some exceedingly obscure nutritional deficiency involved – is an unequivocal and resounding: “No!” He’s not going to die from not having peanut butter at school.

On the other hand, is there any chance, however remote, that some other kid might die if he does bring peanut butter to school? The answer, equally unequivocally – and horrifyingly – is: “Yes!” It is entirely within the realm of possibility that this simple act could result in the death of an allergic child. To my mind this should put all other arguments to rest.

There are those who believe that accommodation of disability – along with its cousin, political correctness – has gone too far. Others would suggest that it hasn’t gone far enough. I don’t intend to elaborate, here today, on this particular issue – per se – but touching upon it is essential in any discussion of the Rail Trail. Which, of course, has nothing to do with peanut butter, except …

Are snowmobilers likely to die, be injured, made ill, or have their sleep disturbed, by not driving their snowmobiles through downtown Almonte? [I’m not discussing, here, the safety of other routes, only the act of driving a machine.]

Are pedestrians [especially persons with relevant disabilities], or neighbours of the trail, in danger of any of these things, if snowmobilers do drive through downtown Almonte?

I’ve heard angry protestations about the “rights,” even the “human rights,” of snowmobilers. Suggestions that it’s “not fair” to ban some users  but not others. So let’s get this clear:  With a non-motorized trail, no user is banned [… or barred]. Everyone is entitled to use of the trail. What’s banned are machines, not people.

If snowmobile owners want to perambulate the trail, all they have to do is leave their machines at home and walk … ski … snowshoe … or whatever. They may bring their families … put their wee tots on non-motorized toboggans or sleds … They are certainly not banned from the trail. Only their machines are. It’s the use – not the person – that is banned. That is fair for all.

And for the record? There is no ‘human right’ to drive a vehicle. [Unless, of course, you came into this life as some form of bio-mechanical centaur, with a snowmobile inextricably attached to your rear end.]

In fact, driving is not a right at all: it’s a privilege. And, yes, you can be legally barred from using a vehicle, without any interference to your human rights. If you are not of an appropriate age, if you have not passed required tests, if incapacity has left you unable to safely operate a vehicle – you may not legally drive an automobile in Ontario. Motorcycles require licences; so do motorized boats.

Drive your car on a public sidewalk or other pedestrian route, and you will soon discover there are several laws against this, and that you can be fined, or even jailed, for doing so. No, driving a machine on a public thoroughfare is not a right [let alone a ‘human right’]. Your “right” to do so is entirely determined by relevant transportation, safety and traffic laws – and bylaws – as determined by the the Province and/or the Municipality in which you live.

In this writer’s opinion, if any given use of a public space risks the life or health of others – or, by its nature, effectively bars vulnerable others from freely and safely using that space – then a ban on that use is appropriate, if not obligatory.

I have no doubt whatever that the Town’s decision to refuse the use of motorized vehicles – on a public trail running through the downtown core – is just and lawful. [Especially since the scales of justice, in this case, are effectively weighing the human rights of persons with disabilities against the wants of a small and elite group of  ‘motorized sports’ enthusiasts.]

It’s now entirely up to the County to decide whether it intends to oblige Miss Mills – and its friendly citizens – to demonstrate this point in a court of law. 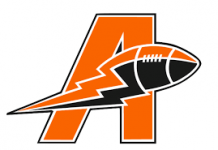 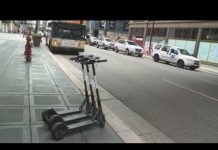 The birds are coming, and their artistic birdhouses

Statement from the Mayor on local outbreak, municipal closures