Okay, here’s a test – and some questions. Do you know what epithalamium or sirgang means? Have you ever had difficulty 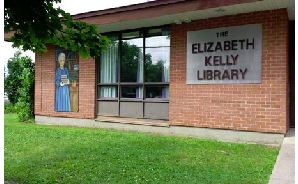 deciphering and understanding some of the extensive and amazing vocabulary words that our very own Almonte/Mississippi Mills Bill Chapman uses when he writes articles for our community newspaper, The Millstone? Have you ever been stuck for the right word to use when penning a Paper or a piece of prose? If so, you probably have headed straight for your trusty pocket dictionary (usually the Concise Oxford or the Webster Dictionary) and/or the Thesaurus.

Given that, are you aware that dictionaries are adding new words all the time; that the gold standard of English Dictionaries, the Oxford English Dictionary (OED), with its companion, the Oxford Dictionary, is seriously considering discontinuing its paper, hard cover version of its Third Edition and will now only be available online thereafter; and did you know that the existing Oxford English Dictionary (Second Edition) actually has 20 volumes and as such is rarely available in its entirety in libraries, much less our own Mississippi Mills Public Library? Well, thanks to an ongoing annual gift from Almonte’s Development Society Board (ADS), supported specifically by its Chairman Dr. Don Wiles, retired Professor Emeritus of Chemistry from Carleton University and by ADS Member, Rob Lockwood, retired Cinematographer, our Mississippi Mills Public Library has now subscribed to these dictionaries, and as such will now be available free of charge to anyone having a valid and up-to-date Mississippi Mills Public Library Card.

So what does this mean and who can benefit? The Online Oxford English Dictionary (OED) is more than just an online dictionary. It is also an online Thesaurus; it provides aids to Teachers and Students; it provides historical references on the history of the English Language; and so much more. So whether you are a PhD or someone just wanting to use the right word, phrase or sentence properly, you can benefit from this most useful of tools.

Indeed, Wikipedia describes the OED as: The Oxford English Dictionary (OED), published by the Oxford University Press, is a descriptive (as opposed to prescriptive) dictionary of the English language. As well as describing English usage in its many variations throughout the world, it traces the historical development of the language, providing a comprehensive resource to scholars and academic researchers. The Second Edition, published in 1989, covering over 600,000 words, came to 21,728 pages in 20 volumes.

Although work had begun on the dictionary in 1857, it was not until 1884 that it began to be published, in unbound fascicles (noun: a separately published installment of a book or other printed material) as work continued on the project, under the name of A New English Dictionary on Historical Principles; Founded Mainly on the Materials Collected by The Philological Society. In 1895 the title The Oxford English Dictionary (OED) was first used unofficially on the covers of the series, and in 1928 the full dictionary was republished in ten bound volumes. In 1933 the title The Oxford English Dictionary fully replaced the former name in all occurrences in its reprinting as twelve volumes with a one-volume supplement. More supplements came over the years until 1989, when the Second Edition was published. Since 2000, a Third Edition of the dictionary has been underway, approximately a third of which is now complete. This Third Edition will even be larger than the 20-volume Second Edition. It is expected to be completed by 2034.

The first electronic version of the dictionary was made available in 1988. The online version has been available since 2000 and, as of April 2014, was receiving over two million hits per month.

The Third Edition of the dictionary will probably only appear in electronic form; the Chief Executive of Oxford University Press, Nigel Portwood, feels it unlikely that it will ever be printed.

So, check it out yourself. As mentioned above, both the OED and its companion Oxford Dictionary are now yours free of charge provided that you have a valid Mississippi Mills Library Card. Simply visit the new Mississippi Mills Public Library at: www.missmillslibrary.com for access instructions, and, once you have indeed accessed the OED website, please do have a look at the ‘OED Tour’ before going too far. It is a very helpful tool. (PS: These online Dictionaries also have English-to-French and French-to-English – and – English-to-Spanish and Spanish-to-English capabilities.)

By the way, epithalamium is a noun and means Nuptial (wedding night) song or poem and sirgang is also a noun and means Bright-green Asian bird, the Green Jackdaw. (PS: I looked up those definitions in my hardcopy (paper) Concise Oxford Dictionary.)