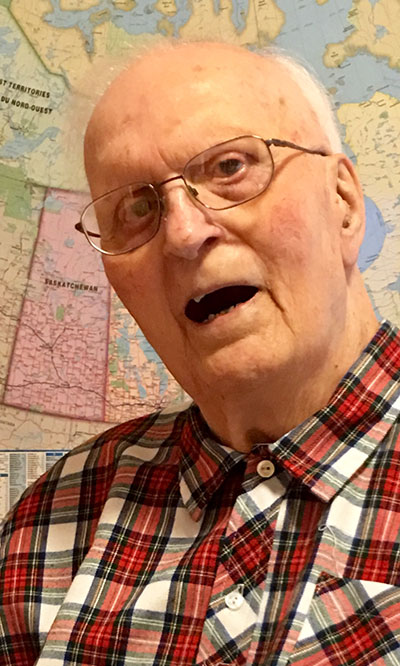 Temiscaming Quebec is where Jim was born and raised and lived most of his life, until the age of 78 when, due to health changes, he moved to the Ottawa Valley where he continued on to enjoy 14 more years. In 1950, Jim met Rita, a lovely new nurse who moved to town from Mattawa. Rita and Jim married in 1952 and went on to have two daughters. Together they built their family home, worked hard, enjoyed family time and numerous activities both in town and at “camp” on Lake Temiscaming and with his in-laws both in Mattawa and at Lake Talon in Rutherglen. Jim and Rita had celebrated 54 years of marriage before Rita’s passing in 2006.

As a youngster, Jim enjoyed life in Temiscaming, with part of his early summers being spent with his mother’s side of the family, on his aunt and uncle’s farm just outside of Arnprior, Ontario. At an early age he began working with his father on weekends, as well as before and after school, in the family business in Temiscaming, which began as a small auto repair garage. At this same time, he also squeezed in early morning milk delivery runs for the only farm in the area, before heading off to school each day. He loved that time of day and caring for the old wagon horse. He was sometimes called “farmer” by his friends and he loved the compliment.

Jim completed his last year of high school at St. Michael’s College School in Toronto. Unknowingly, both he and Rita (who was studying nursing at St. Michael’s Hospital in Toronto) attended the same dance party that year but did not actually meet until a few years later. As the family business (Lynn Auto Sales Ltd.) grew and became one of the few General Motors dealerships to be registered to sell all four brands of GM vehicles, he studied auto mechanics in GM’s Flint Michigan US training centre. As a licensed mechanic he worked in and managed all operations of Lynn Auto Sales Ltd.’s sizable mechanics shop, auto-body repair shop, parts department, gas sales, and towing operations, as well as snowmobile sales and repairs, while his brother Mickey tended to furnace sales, installation and repairs, and fuel delivery. Their father Hugh ran the auto sales division while overseeing the entire operation.

Jim worked many years and long hours loyally supporting his father’s dreams as they surpassed the 50-year anniversary celebration of Lynn Auto Sales Ltd. When the business was sold in the mid-80s, Jim went on to enjoy over 10 years as a supervisor in the town’s Tembec pulp and paper mill. He enjoyed the new challenges, met great people that he worked with, and it was a nice change for both he and Rita when he then had evenings and weekends off after so many years at “the garage”. Jim enjoyed family life, the comradery of good friends, time at the family camp, boating, snow plowing, snowmobiling, 4-wheeling, fishing, fall hunting, time in the bush, woodcutting, tree planting, building trailers, sleighs, and several unique bush vehicles, and collecting and repurposing “good junk”. He was creative.

He was kind, strong, gentle natured, thoughtful, hard-working, had a great sense of humor, and was full of fun and adventure. He made life fun for others. He loved a good laugh, a good story, and to be able to leave someone feeling a bit better about their day and even about themselves. Without realizing it he was a mentor and a teacher. A devoted husband, a wonderful and dear father, grandfather and great grandfather, loyal brother and son, and special friend to many, both old and new. He was a beautiful person. He loved life.

To say that Jim will be missed is a huge understatement. He touched many hearts and enriched countless lives as he went along just being himself. He has given us great stories to tell and endless beautiful memories that will help us to, in his sagely words, “keep on going”.

The family would like to express our sincere appreciation and thanks to Dr. Marisa Rossi and to all of the wonderful caring staff at Fairview Manor in Almonte, Ontario. Jim’s arrangements have been entrusted to the BOYCE FUNERAL HOME LTD., 138 Daniel Street North, Arnprior. Due to Covid-19 regulations, a funeral mass and celebration of life will be held at a later date. If desired, donations in his memory may be made to the Almonte General Hospital and Fairview Manor Foundation. 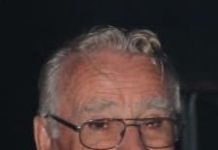 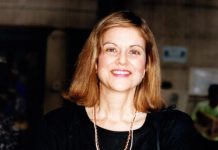 What Is That … Pale Purple Petal?