As reported in the Ottawa Citizen, Almonte resident Mario Coculuzzi was removed from last night’s MM Council meeting in handcuffs by the OPP after an angry tirade against the Town’s sale of a portion of Don Maynard Park in the Gale subdivision.

The incident happened during a discussion on the rezoning of the park, on which sixteen people were signed up to speak. Mayor McLaughlin advised them that their comments were limited to two minutes each, and  weren’t an opportunity to repeat past arguments about the park’s status.

The first few speakers abided by these rules. Don Maynard’s son Steve then spoke and said that under the Planning Act he was allowed to speak for at least 15 minutes. After some wrangling between Maynard and the Mayor, McLaughlin suspended the meeting temporarily.

When it resumed Coculuzzi spoke. The Citizen quotes the Mayor as saying:

“Mario came forward and started very calmly, but then started ramping up both the rhetoric and the volume, and I tried to stop him a few times, and asked him numerous times to sit down. He didn’t use any expletives, but it was abusive language.”

McLaughlin said he invoked the procedural bylaw in asking Coculuzzi to leave, which he refused.

“The police arrived and … he started physically pushing back, so they took him to the floor and arrested him, as they would do with anybody,” said McLaughlin.

“I hate to see that happen in our town, but the police have their rules and he was exceeding any level of propriety. I gave him multiple chances to either sit down or leave the building quietly, and he just refused. He got angrier and angrier. And that’s what happened. We were all somewhat amazed by it.”

The Citizen quotes Coculuzzi as saying:

“I won’t deny I was angry,” said Mario Coculuzzi, a 58-year-old IT consultant who attended Tuesday’s meeting as one of 16 residents invited to share his opinion on the rezoning of Don Maynard Park.

“This issue has been going on since August and we’ve had very little input. To all of us here, it’s just a sham. It’s a guise for making more properties and collecting more property taxes while lowering our property values.” 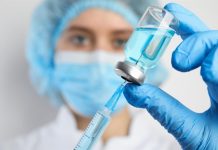 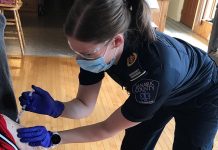