As a forward with the Sault Ste Marie Greyhounds, he was chosen along with 65 other young Canadian players, and was one of only two Eastern Ontario lads on the roster. Joe took to the ice with Canada White (there were three Canadian teams in the tournament).  He saw action in all 6 of the team’s games, which led them to the bronze medal match where they fell to the Czech Republic 2-1 for a fourth-place tournament finish.  Team USA won gold and Canada Red came home with the silver.

Joe is the son of Pat and Alyson Carroll of Almonte.

Curling season is coming up! 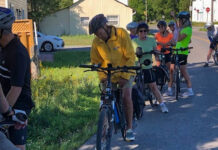 Consider joining in the fun of a weekly bike ride! 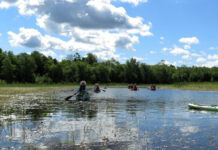 Add your Lanark paddling places to an online map