The Mississippi Mills Chamber of Commerce today announced the nominees for its annual Business Awards celebrating the energy and entrepreneurial spirit in the historical communities of Pakenham, Ramsay and Almonte.

The awards will be presented at the Business Awards Gala on November 16 at the Civitan Hall in Almonte. There were a total of fifteen nominees in the three categories of Creativity and Innovation, Community Involvement, and Economic Contribution. Gala Chair, Wanda Fairhurst, who is also the presenting sponsor of the event, was enthusiastic about the number and quality of the nominations. "We received nominations for great businesses and organizations from all sectors of the community including retail, agriculture and communications," Fairhurst said, "We were especially pleased to see strong representation from Pakenham as well as Almonte and Ramsay." Some companies received multiple nominations and others were nominated in more than one category.

"The selection committee will have some tough choices to make as there are excellent candidates for all of the awards," said David Baril, secretary for the committee. "For example, in the Creativity and Innovation group we have award winning jewelry designer Michaela Wolfert, superb retail and marketing people with Emily Arbour and Robin Singleton, a groundbreaking Arts & Culture publication theHumm and Equator Coffee Roasters an international fair trade importer, roaster and marketing concern!"

The nominees for Economic Contribution include Gord Pike whose renovation of the downtown Almonte Heritage Court, received several nominations and Don’s Meat Market whose expansion into Pakenham has injected new energy into the village. Also nominated in this category are the Cedar Hill Berry Farm which has provided summer employment for generations of teenagers growing up in Mississippi Mills, Lowe’s Day Care which takes care of over one hundred children a week and the Hub whichraises funds through its recycling efforts and reinvests it through many charities and organizations in the community.

The Community Involvement award has been one of the strongest since the award program was started in 2008. This year’s nominees are no exception. Both the Humm and Equator also received nominations in this category as well as the EMC, RBC Royal Bank and, Richie and Margie Argue – cabinet maker and beekeepers with a long history of community work in Pakenham.

Patricia Henry-Murphy who nominated the RBC says, "People sometimes dismiss larger corporations as not being involved locally, but RBC actively encourages its staff to get involved in community work to support its financial contributions." The EMC nomination has a special poignancy as the long-time family owned business is being merged with the Metroland group. Kris Riendeau, a fellow journalist, nominated the EMC for their ongoing coverage of local events and support of community organizations through free advertising and promotion. Paddye Mann who nominated Richie and Margie Argue says, "I cannot think over the last 35 years of one community event where Richie and/or Margie have not been involved. From Fall Fairs, Church Fashion Shows, Canada Day Parades and everything in between. They make me want to pull up my bootstraps and join in the fun!!!"

To join in the fun at the Business Awards Gala drop into Nicholson’s in Pakenham or Don’s Meat Market in Almonte, call the Chamber at 613-256-7886 or go to their web site at www.mississippimills.com. 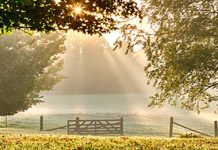 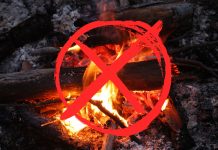