Home Columnists By The Way with Bill Chapman Packing

Many, many years ago I saw for the first time a carriage clock.  The discovery was an enterprising youthful encounter, entirely new and initially puzzling.  The brass clock with its white enamel face was in a well-worn brown leather case. The sliding front door of the case had been drawn up and stored in a sleeve at the back of the clock. Presumably I eyed the device at an antiquarian’s shoppe because someone had the courtesy to explain to me the ingenuity of the clock.  I immediately imagined some sylphlike petticoated lady in an exceedingly frilly dress with a huge bustle and large, ornate hat clambering onto the velvety vermillion seats of a coach-‘n-four while carrying her overnight bag in which was secreted this essential timepiece.  Like so many antiques it is preposterous in today’s society except as a curiosity. By comparison what I bring along with me now when traveling is much altered from those venerable days. 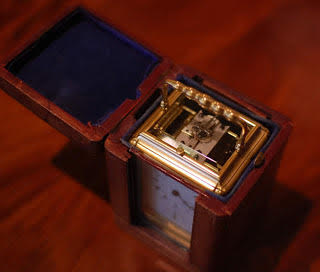 For the most part my equipage is singular for its practicality, which is to say functional to a fault.  Everything I wear is washable and mostly cotton (though two sweaters recently purchased are made in part at least of Merino wool which I am informed is washable).
The Merino is an economically influential breed of sheep prized for its wool. The breed originated in Portugal, but the modern Merino was domesticated in New Zealand and Australia. Today, Merinos are still regarded as having some of the finest and softest wool of any sheep. Poll Merinos have no horns (or very small stubs, known as scurs), and horned Merino rams have long, spiral horns which grow close to the head.

Apart from that my only concession to sophisticated travel is my luggage, one piece of which is a classic leather duffle bag, the other an extremely well-made and utilitarian Briggs & Riley bag. But as I say the contents are strictly minimalist – that is, appropriate for low-level engagements in establishments where high fashion is not de rigueur.  Though I bring one pair of long pants (blue jeans) all others are shorts. The shoes are Top Siders primarily because they work with everything else and they are comfortable. The shirts are Polo-style or golf shirts (I might have one long-sleeved blue Oxford).  And, yes, I’m even bringing along two yet unworn Hawaiian-style shirts I bought last year – in the hopes that I’ll lose enough weight to get away with wearing them (but that may yet prove to be one of those intractable myths).
I confess too that in a small way I submit to another of my long-standing weaknesses; viz., watches and jewellery.  In defence my mobile collection is strategic. The watches for example are suitable for use by the Ocean – waterproof and rubber wrist bands. As for the bling,  I’ve arrived at the illation that looking like a Jewish widow is unbecoming for a man my age. Not to mention the very real fear of making oneself a target for thieves. So what I bring is mostly just sterling silver (though admittedly well-made by Bali artisans). Besides I seldom wear anything on my wrist or around my neck unless I have the privilege of hiding it beneath a sleeve or collar, neither of which accompany the normal warm-weather sportswear.  I have one modest Bulova watch with a traditional face and leather strap; this I can wear with my gold signet and pinky rings (both custom-made if that matters) without causing undue alarm.
In keeping with our American vernacular as we head south to Florida for the winter we travel in a domestic sedan, a Lincoln Continental which I have to say has become my Flavour du Jour. It is a moderately brutish automobile, 400 hp and above-average weight, width, length and stance generally.

Just the other day I drove an ancient friend to the golf club for lunch and he commented judiciously that for long trips the car is certain to be both quiet and comfortable.  I won’t have the cheek to list its accommodating features but having put on 16,000 kms in the past three months I can attest that the vehicle lends itself to durability. For someone like I who shamelessly cultivates glitter it is one of those accoutrements which is publicly tolerable and therefore assuages my psychological inadequacies.
As for necessities, there are the usual bathroom bottles, tubes and cans.  I bring two synthetic shells which I purchased last year at Harris Teeter for $19 each (that’s US dollars by the way). They fit surprisingly well though on a hot day they suffer the disadvantage of not breathing. The only item approaching dignity is my Tilley Raffia Fedora which, like my Hawaiian shirts, I imagine to project me into another orbit, in this instance something resembling the likes of Hemingway sipping strong drink by the sea. 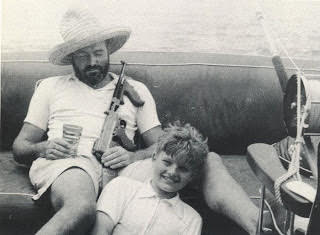 I bought the damn hat several years ago and have really never worn it though I persist in bringing it along and deliberately displaying it on the back seat of the car or under the rear window from which in either case it is routinely blown about when I open wide the windows. 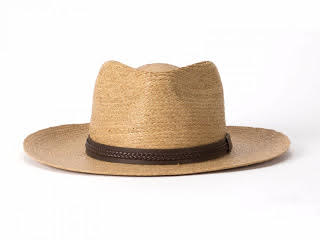 Perhaps this year the coincidence of hair, weather and mood will afford me the novel venture of donning it.  Until then it is part of the paraphernalia I insist upon toting, maybe not that far removed from the silliness of a carriage clock.

Hospice teams up with paramedics on palliative care

‘Hike for Hospice’ coming up in October

FOR SALE: Canon 60D with lens