Home On Council Report on the June 2, 2020 Council Meeting

The June 2 meeting — once I actually located the agenda and the recording of the meeting, which were hard to find — held no surprises, as Council dealt with the agenda items in a straightforward way.

The first matter discussed was not actually on the agenda, and concerned repairing the roof over the water tank of the waste-water treatment plant.  Apparently this problem was unexpected, as the plant is only eight years old.  The cause is attributed to faulty design, and will require hiring a structural engineer to do an assessment.  Acting R&PW Director Dave Armstrong said he would let CAO Ken Kelly know when he got more information on the costs involved (probably in the range of $140,000).  Deputy Mayor Rickey Minnille and Councillor John Dalgity had actually climbed onto the roof in question to assess the problem, and noticed a lot of steam coming through the roof, which had a spongy feel about it (the roof, not the steam).  So it sounds like the cost to repair the roof will be significant.  In response to Councillor Cynthia Guerard’s question about whether the repair costs would be covered by insurance, the answer was that it was unlikely.

The second R&PW item concerned the roll-out of Mississippi Mills’ new recycling program.  Environmental Compliance Coordinator Abby Armstrong explained that R&PW and Enterra, the contractor, were aiming to deliver the new yellow recycling boxes to all residents by the end of July.  These boxes will be accompanied by an information sheet about how the new program will work. The month of August will then be a leniency period; during this month any residents who recycle items incorrectly will receive an explanatory tag by the contractor, but the contractor will still collect the non-acceptable item.  At the end of this leniency period, any non-acceptable items will be left at the curb.

Councillor Guerard was concerned that residents without access to the Internet wouldn’t be properly informed, and wanted a notice to be placed in the local print newspaper.  CAO Ken Kelly said he’d look into that; however, he felt that the information sheet provided with the yellow bins would be sufficient.

The third R&PW item concerned new contracts being awarded for the Howie Road Landfill Site and the Ramsay Landfill Site, as part of the environmental monitoring requirements of municipally-owned landfills.  This was quickly approved.

The item up for discussion was a request for approval to proceed with parkland development in Phases 4 and 5 of the Riverfront Estates Parkland.  This consists of grading, adding soil, seeding, planting trees and building pathways, all paid for with development charges.  Recreation Manager Calvin Murphy’s explanation seemed very straightforward, and the request was quickly approved.

Treasurer Rhonda Whitmarsh explained that because Mississippi Mills is required by the Province to have an Asset Management Plan, she wanted to apply for a grant from the Federation of Canadian Municipalities to fund the first phase; namely, consultant fees (estimated at roughly $30,000) for developing Levels of Service, a Lifecycle Management Strategy, a Financial Strategy and an update to the Asset Management Plan for core assets; i.e., water, waste-water, storm-water, roads, bridges and culverts.  Treasurer Whitmarsh explained that if this application was successful, the municipality could then apply for a second round of funding for the next part of this process.  Since it seemed to be a matter of asking for outside funding for something that needs to be done anyway, getting approval for the request was a breeze.

Treasurer Whitmarsh then provided her regular interim report on the Financial Implications of Covid-19.  It seems that the two items of concern are the municipal daycare and the ice rink.  It’s assumed that the daycare will be opened during Phase 2 of the Province’s return to “normal” operations, but the concern is that fewer spaces will be allowed, so as to meet the new physical distancing and sanitizing requirements, which in turn will result in less revenue for the municipality.  With respect to the ice rink, Treasurer Whitmarsh explained that it’s expensive to produce and maintain the ice, and depending on when and how the ice-sports activities are re-introduced, a loss of revenue could result.

Then followed two proclamations:  Pride Month (June) and Graduation Week (June 22 to 26), which were quickly approved.  It’s gratifying that the hardships endured by lesbian, gay, bisexual, transgender and queer people in asserting their rights to be welcomed and treated with dignity are being recognized and validated. During this month, the Municipality is displaying a Pride flag at the Almonte Old Town Hall to show support for inclusiveness. As for the proclamation of Graduation Week, it is a way to acknowledge all the hard work and achievements of this year’s high-school graduates who, as a result of this pandemic, are having to forgo well-deserved celebrations with their friends and relatives for reaching such a significant milestone in their lives.

As you can see, the June 2 Council meeting was well-run and uneventful. 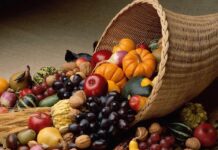 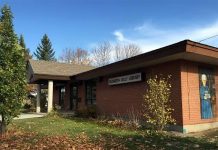 A review of the Service Delivery Review report